You are here: Home / Technology / What iPhone doesn’t have? Ultimate features of Android OS 2.2

What iPhone doesn’t have? Ultimate features of Android OS 2.2

There is nothing new that Android is the feature OS for mobile phone and also it’s no.1 operating system. Apple is ready to lanuch it’s new iPhone 4G mobile.But people always want some ultimate features in iPhone 4G which doesn’t have iPhone 3G but Android have.

List of things Apple should steal from Android OS 2.2

Support for Adobe Flash Player : This is the most required feature in iPhone 4G. Android OS now adds Flash Player 10.0 and also support it very well but iphone doesn’t it. But we are wasting out breath asking Steve for that one. 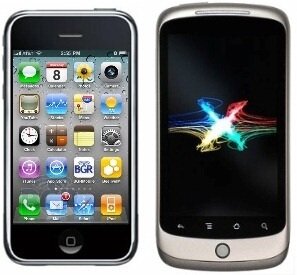 Portable Wi-Fi hotspots : Android’s ability to turn selected handsets into portable Wi-Fi access points is inspired and useful, and if Apple stuck it into the iPhone it would kill sales of its pricey 3G-enabled iPad. So that one’s not going to happen.

Themes Support : You can customise the way Android looks, but to us that’s rather like painting stripes on a donkey and telling everybody it’s a zebra.You can also apply different themes to android as you wish but iPhone doesn’t have this feature.

Open App Store : Neither is an open App Store, where you can download anything you want without running it past Steve Jobs first.

Over the air App Download : You can download & install apps from browser in Android but iPhone doesn’t support this feature. To install any app in iPhone you must get it from Apple App Store.

Proper Multitasking : Apple’s approach in iPhone OS 4.0 is to offer pseudo-multitasking, not proper multitasking, and as gadget geeks we like Android’s “it’s your phone so it’s up to you what you run” approach. Sure, it kills the battery in no time, but hey! It’s our battery!

OTA Updates : Over the air Updates .You can update android from internet easily withount any connection to PC