Specs of Toshiba Folio 100 tablet have been leaked in recent times and existing for public now. A new upcoming SmartPad from Toshiba comes with full of striking features.

Toshiba folio 100 is highly anticipated tablet and its official specs have been leaked by Notebookitalia for public now. The specs like the Toshiba Folio 100 will run Android 2.2 on Nvidia Tegra 2 processor, a 10.1 inch WSVGA touchscreen with 1024 x 600 resolutions, and more. Other specs include 16GB of internal memory, a webcam with 1.3MP resolution, and a rather nifty collection of ports. 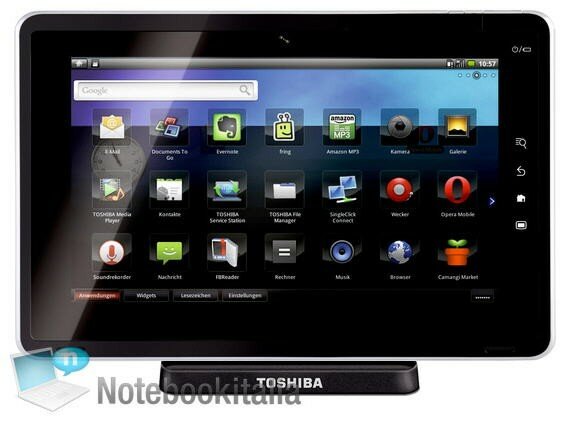 A lot of interest was raised by the initial pictures of the Toshiba Folio 100. For one particular reason, it seemed to have most of the ports that lots of people miss on the iPad. According to leaked details obtained by Notebook Italia, the Toshiba tablet is dropping the SmartPad name and is rumored to be named the Folio 100, a moniker that is not to be confused with the now defunct Foleo subnotebook from Palm. Toshiba is looking to triumph the world with its froyo-powered offering and is jumping into the Android tablet market. 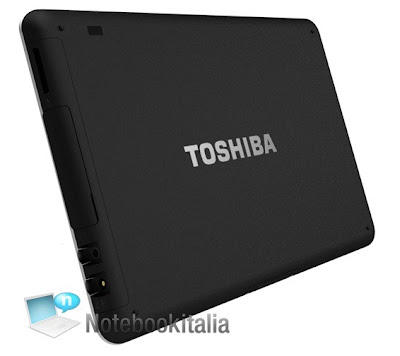 Toshiba Folio 100 is a new upcoming SmartPad with full of attractive functions from Toshiba. Its Tegra 250 CPU and a dual core ARM Cortex A9 processor capable of running up to 1GHz is one of the standout rumored features of the Toshiba Folio. Available ports on the Toshiba tablet may include an HDMI port capable of 1080P output, a USB 2.0 port, and a USB 2.2 mini audio jack. Rounding out the leaked hardware specs are a 1020mAh battery capable of up to 7 hours of mixed usage and dimensions of 281 x 181 x 14mm. Software-wise, the Folio is expected to run the latest version of Android. At IFA, which begins September 3rd in Berlin, Germany, Toshiba tablet is expected to makes it first public appearance. 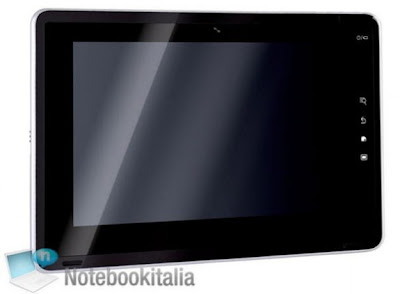 The features sound interesting though there are no details available on the price and availability yet. However, it does sound similar to the Smartpad that was announced last month and it will be interesting to hear more from the company about the new device.

According to Notebookitalia, Smartpad Folio 100 will have the following specifications: