Sprint is planning to introduce three economical Android phones named as LG Optimus S, Sanyo Zio and the Samsung Transform. The three phones will be first to take benefit of a new Sprint app program referred as Sprint ID. Details of Android Phones and Sprint ID App Program are mentioned below. 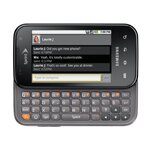 Sprint Nextel Corporation is a telecommunications company established in Overland Park, Kansas. It possesses and operates the third largest wireless telecommunications network in United States. Android is a mobile operating system designed by Google. It depends on a modified version of the Linux kernel. It has a big community of developers writing application programs called as “apps,” which expands the functionality of the devices.

Sprint ID provides packages of mobile apps into collections that are designed for personality types like sports fans, fitness fanatics, or auto enthusiasts. These packages can be downloaded by Sprint customers. One installation Sprint IDs generates a suite of apps, widgets, ringtones, and wallpaper that reflect their interests. Press on ZoomSprint, it does legwork for you by selecting apps, ringtones and videos based on your choices. The Sprint ID has ability to updating your pack with new content. Sprint is functioning with a handful of content partners including Online, TV, HSN and others. Sprint ID might be useful for first-time smartphone owners and takes the fun out of app discovery. 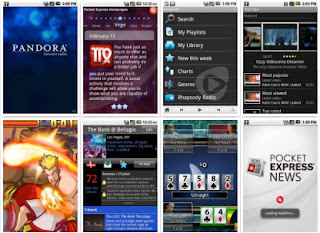 Sprint Announces Android three phones, among them, the Samsung Transform contains landscape QWERTY keyboard. Sanyo Zio will available in the States under the Cricket banner. The LG Optimus S is the first handset in the States to sport the Optimus brand name. These phones will be obtainable through a variety of distribution channels including Radioshack.

“Users are extremely frustrated with the market place because they still have to go find stuff that is relevant and useful,” McGinnis said. According to Len Barlik, “Some apps will have premium, or for-pay, content, as determined by partners.”