You are here: Home / Technology / Sony PS3 Firmware Update 3.41 is available to Download 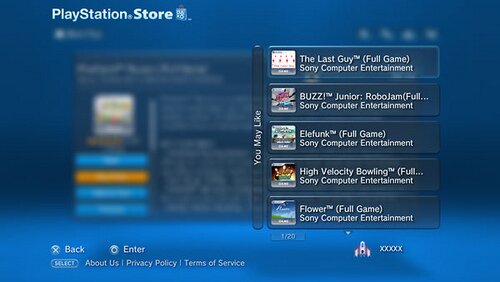 A new ‘You May Like’ action will be included into the PlayStation Store and can be spotted on the right-hand side of the page. This can be viewed when players browse and surf through details on their desired title. The new section portrays additional items that reflect the purchases other members of the PlayStation Network. They can then opt for the section in order to zoom in and browse through the recommended names.

With this new firmware update, gamers can now be informed about new titles that were previously oblivious to them. It also makes their shopping experience much easier. The blog reveals that the newly added feature bears quite a few similarities to the five-star ratings feature which was included in the previous firmware update.

Another revelation made on the PlayStation blog comes in the form of the next PSP firmware update (v.6.31). This minor update will also be scheduled to release shortly. Players may also note that the system software stability of some PSP format software games has been heightened.

It’s important to note that while the PS3 3.41 update is released, the recommendations feature on Sony’s PlayStation Store is slated to go live by the end of July, 2010.