Sonim Technologies, a VoIP based global software product company of California, is also involved in manufacturing the toughest phones in the world. Now, Sonim is preparing to launch a new rugged phone at the beginning of October named Sonim XP1300 Core that promises to once again redefine the category. 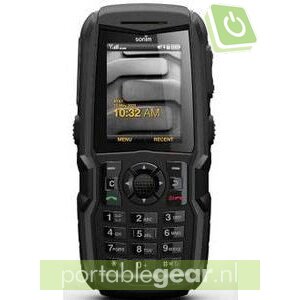 The Sonim XP1300 Core tops the International Protection Rating with its IP68 certification which means it will provide complete protection against dust, and can be submerged in water at depths greater than 1 meter. Also, the phone is rated to withstand shock if falls from a concrete surface from a two-meter height. Previous model, Sonim XP3.2 Quest Pro was only IP67 certified as most other rugged phones claim to be.

Rather than a ‘smartphone,’ it is still a ‘featurephone’ and the company has at least attempted to add some new features to the platform and carry the device up to date. The Sonim XP1300 Core features rock EDGE connectivity, Bluetooth, media player and a web browser. Also, the phone keeps the rubberized coating of its predecessors which means that it should still feature the same protection against shock and drops that the older models have.

The keypad of the Sonim XP1300 will be fully sealed to prevent dust from getting in should you be trying to send an SMS in a sandstorm. GPRS and EDGE connectivity is included as standard but there is no mention of 3G or LTE (4G) connectivity on this particular model and can be taken advantage of thanks to an in-built web browser.

The handset will be launching early next month, according to PortableGear.nl. Although US launch dates and pricing information has yet to be confirmed by Sonim. If you’re after a rugged featurephone, you may be paying a premium for the advanced feature set of the Sonim X1300 Core with older models fetching around $500 thanks to their robust nature.

A specific price of Sonim XP1300 Core has not yet been announced. However, the price of this phone is predictable to be around 500 dollars according to previous models from Sonim XP 3.2. The release date of Sonim XP1300 is set for early October 2010.