You are here: Home / Technology / Samsung i8920 Omnia HD2 mobile Phone Exposure, leaked across the net

The unannounced Samsung i8920 Omnia HD2 has just leaked via net, almost out of nowhere, and it looks like it’s running Nokia’s brand new Symbian 3 OS.

The i8920 seems to be an improved i8910 Omnia HD. Its rumored features are quite impressive, including: 4 inch Super AMOLED display, Wi-Fi b/g/n, GPS, Bluetooth 3.0, 12MP autofocus camera with both Xenon and LED flash, HD video recording (720p) at 30fps, and 16/32 GB of internal memory.

The smartphone’s display resolution is not confirmed, but the aspect ratio suggests it’s 640 x 360 pixels. The photo below is reportedly showing the Omnia HD2, although it could be fake (the left side of the screen looks weird)

We don’t know when, or even if, the i8920 Omnia HD2 will be announced, but this could be Samsung’s last Symbian smartphone, since the South Korean company plans to make only Android, Bada and Windows Phone devices starting 2011. 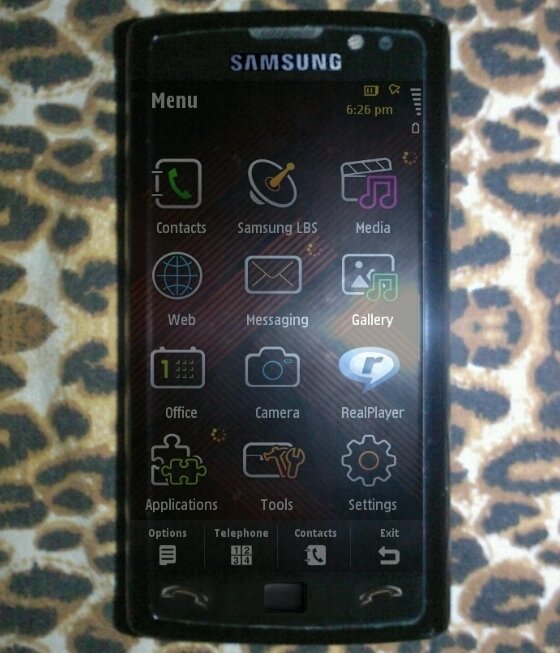