You are here: Home / Technology / Price and Variants of iPad Mini

Price and Variants of iPad Mini

Speculations regarding the existence of iPad Mini have been out since few weeks. Recently, a German retailer site named Media Markt has published the price and variants of iPad Mini. Though the leaked information is yet to be confirmed, the detailed pricing list on the site gives the Apple enthusiasts a brief idea about the pricing of the upcoming variants of iPad Mini. Generally, Apple is known for keeping minimum alternatives on each of its products. But looking at the leaked image, it is anticipated that Apple might unveil 16 new different models of iPad on October 23, 2012. 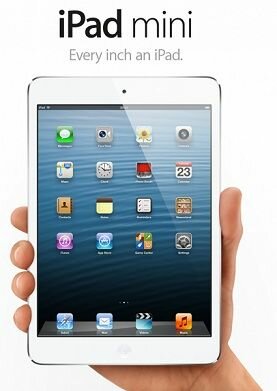 The leaked listing suggests the availability of range of iPad Mini variants for the users. As per the rumor, iPad Mini will offer four internal memory options – 8 GB, 16 GB, 32 GB and 64 GB. The users will be able to choose the device either as a 3G or Wi-Fi model as per their requirements. It will be offered in two colors – black and white. Have a look at the list of iPad Mini in various variants along with the price tag given below.

From the above mentioned list, 8GB Wi-Fi model is the cheapest variant that will be offered for just $250, and it is expected to compete against the latest low-price Android tablets like Google Nexus 7 and Amazon Kindle Fire. Whereas, the 64GB, 3G variant is the highest priced model, which is expected to be offered for $650. Though the leak seems to be legitimate, we still have to wait for the official affirmation from Apple.