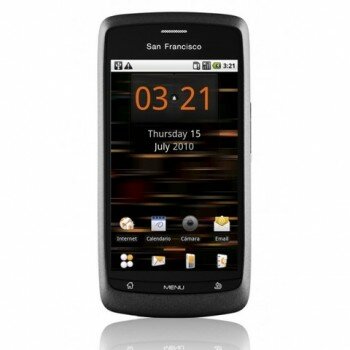 The screen is better than you may expect at this price point, with the handset offering a rather sumptuous 800 x 480 pixels OLED number. Connectivity boxes are ticked off with Wi-Fi, Bluetooth 2.1+EDR and GPS onboard, along with 3G+ and an FM radio. The Frisco can disco in your pocket with its slender 116 x 56.5 x 11.8mm dimensions; it weighs 130g, and offers 4hrs talk time or nine days standby. 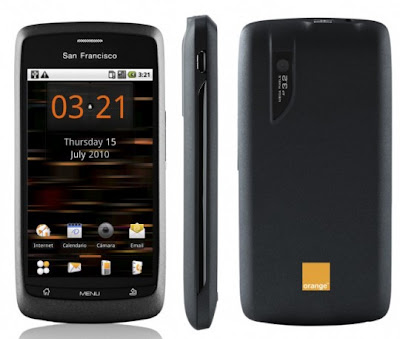 Director of Devices, Phil Roberson said, “The San Francisco is the first in a series of affordable Android devices we have planned for Orange. Combining its great functionality with our pay as you go price plans, really does offer users tremendous value for money”.

The San Francisco supports a data capacity of up to 32GB, and comes with a 2GB microSD card inbox and in-built memory of 150MB. The CPU on the San Francisco is clocked at 600MHz. It is compatible with 3G+ networks. For storage it has 150MB of internal memory and up to 32GB of storage via a Micro SD card.