On Tuesday (17th August, 2010), Nokia has revealed their new interesting S40 phone, namely the Nokia X3-02 Touch and Type. Nokia X3-02 is one of the smallest touch screens phone on the market. 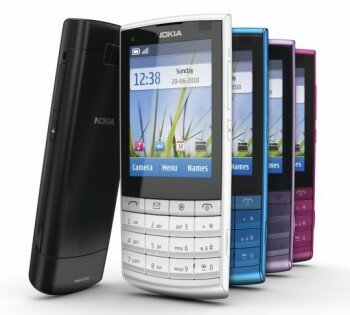 The latest Nokia X3 sidesteps that tidily by offering both a touch screen and a traditional 12-button keypad. This is the first phone from Nokia to offer such a combination. Despite two sets of controls, though, the X3 Touch and Type is one of Nokia’s thinnest devices: it’s 9.6mm deep, 106mm tall, 48mm wide and weighs just 78g. It packs brushed aluminum cover and a standard alphanumeric keypad. The Nokia X3-02 also packs excellent connectivity with WLAN, 3G with HSPA, Bluetooth and micro USB all on board. The music fans will also appreciate the 3.5mm audio jack.

The X3 Touch and type will launch in Q3 2010 and will retail for approximately €125, excluding taxes and subsidies. It will be available in China, Ireland & UK, Russia, Australia & New Zealand, Singapore, Germany, Spain & Portugal, France, Mexico and Saudi & Yemen. Other markets will follow later. In some selected market, it will be offered with Ovi Music Unlimited, allowing access to a library of over 11 million tracks. Battery life is rated at five hours talk time or 17 days on standby.

Nokia latest device has also got dedicated music and messaging keys for quick access to the music player and email. All the regular webmail and chat services are provided by the included applications. The Communities app will keep you up-to-date with Twitter and Facebook. 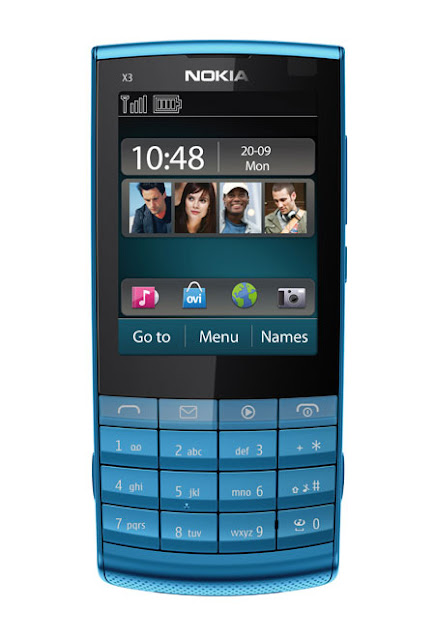 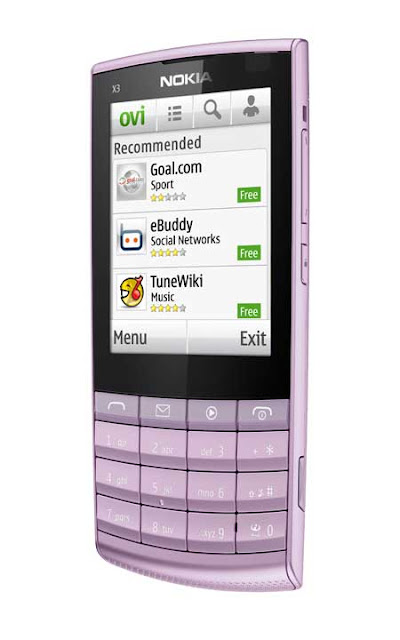 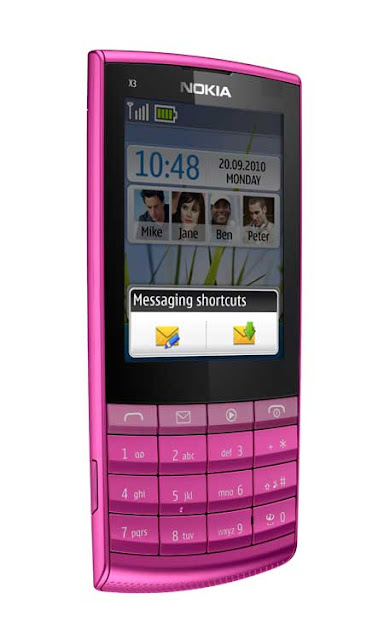 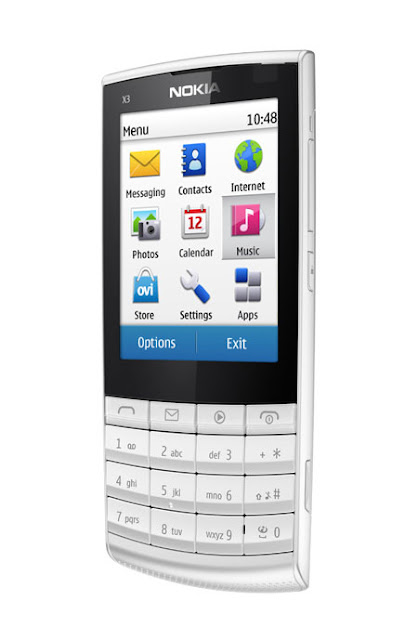