Nokia has officially launched the Nokia’s Maemo 5 based tablet, the N900 in india. Nokia N900, was available in India via unofficial channels for quite some time but now seeing the demand of N900, Nokia has finally come to Indian mobile market. 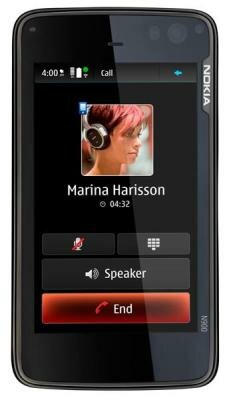 Nokia N900 boasts of an impressive hardware specification sheet that begins right from the processor – an ARM Cortex A8 that provides 1GB of application memory and Open GL ES 2.0 Graphics acceleration support.

Nokia mobile N900 has Linux-based Maemo 5 operating system that provides the device comprehensive multitasking ability. The N900 also features a WVGA touchscreen and a full, slide-out QWERTY keyboard. It comes with 32GB of memory and an expansion slot – you can add up to 48GB – which should suffice for “normal” users.

All the other features you might expect find their way in as well. We’re talking about the A-GPS and FM transmitter support. On the connectivity front, it supports HSPA Bluetooth and Wi-Fi connectivity as well.