You are here: Home / Technology / No Unlimited Data transfer for new AT&T-iPhones Users 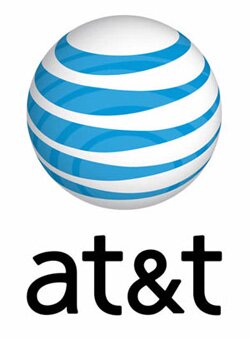 Iphone have changed habit of online activities and data usage. People spend hours of time daily to chat, tweet, send and receive e-mails, and watching online videos. 3% of smartphone users generate 40% of its wireless-data traffic. AT&T can’t handle such load if they want to provide good service. AT&T is the exclusive carrier in USA for iphone.

From this Monday(7th june) AT&T will charge tiered pricing. Heavy users needs to pay more to keep them away from creating high load. Current charge is $30 a month for unlimited data. two new plan will be as follow.

How ever One can also stay with current unlimited plan. But Users will have option to spend low and use low on data transfer. 2GB plans can enable users to 1,000 minutes of video viewing, 400 song downloads million pages or e-mail messages to view. AT&T thinks many users will think this plan best for them. It is cheaper and 2GB is enough for their requirements.57.1 million Users are currently using unlimited data plan.

Customer will be able to track their usage online, company will send alerts when they reach at their limits.

T-Mobile have 5GB plan and Verizon Wireless is having same unlimited plan. But Verizon will take same steps as AT&T soon.

AT& T earning $41.5 billion revenue from data usage. Company can easily add more capacity to mobile carriers. But data capacity is very tough to increase. iPhone users use on average a third more data than the typical smartphone owner. So some analysts say company can close unlimited data plant at any time.

Analysts said AT&T’s move was to be expected, given the increasing amounts of bandwidth iPhone users have been consuming — especially with a new, multitasking iPhone operating system expected to be released this month. That feature alone could bump many iPhone users into a higher, more expensive pricing tier.

The new iPhone operating system could increase data consumption by 25 to 30 percent because it will allow customers to run multiple Internet-connected programs simultaneously, said Chetan Sharma, an independent wireless analyst.