Maybe you should be blown away by Motorola’s pre-CTIA announcement of 7 Android Phones and 3 Blue Tooth Accessories so you don’t have to hold on to your high-end hats. Motorola’s 7 Android Phones, such as Bravo, Citrus, Defy, Droid Pro, Flipout, Flipside, Spice have been announced. 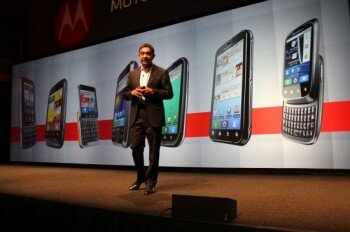 These all phones are spec smashing that you would want. These phones will be wanted first time by teenagers, women and new adopters of Android that will take the tech to new limits. 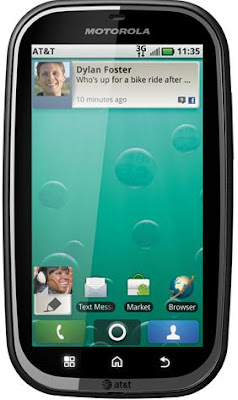 Motorola Bravo is called “small but mighty,” which includes 3.7-inch WVGA touch screen, 3MP camera, 3.5mm headset jack, and Android 2.1. It will be available on AT&T later this year. 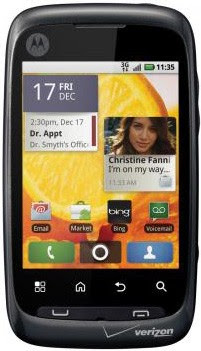 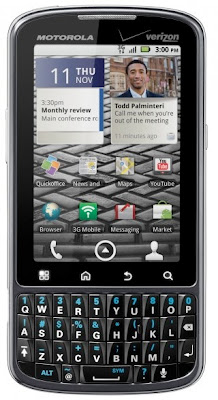 The eager BlackBerry-to-Android converts will be pleased by this Motorola Droid Pro as the Droid Pro features a vertical QWERTY keyboard, World Roaming Capabilities, 3.1-inch screen, increased security measures as well as advanced E-Mail and Calendar options running atop Android 2.1. Later this year, this phone will be available on Verizon Wireless. 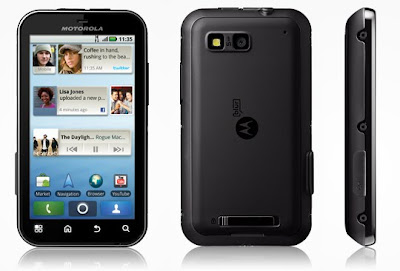 Motorola Defy can sustain water, drops, roughness, tumbles and other turbulence as it is dubbed as the Life Proof device. This device could get a lot of attention and is headed to T-Mobile later this year.

People are habitual of having dumb phones they can use and abuse a bit that doesn’t tend to be the case with smartphones. This will really appeal to the simple cell phone user who wants a smart and compact upgrade and doesn’t want to worry about babysitting their phone. 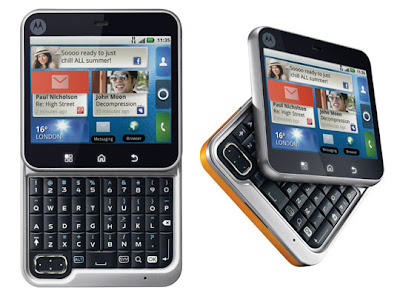 The Motorola Flipout has a roundabout swerving QWERTY mechanism and gives it an original flavor that surely will please the teens. It has rear batter cover with 2 interchangeable colors and more available for purchase. The Flipout features Android 2.1, 2.8-inch display, 3.5mm headset jack, FM radio, 3MP camera and more. This will be available on Verizon Wireless later this year. 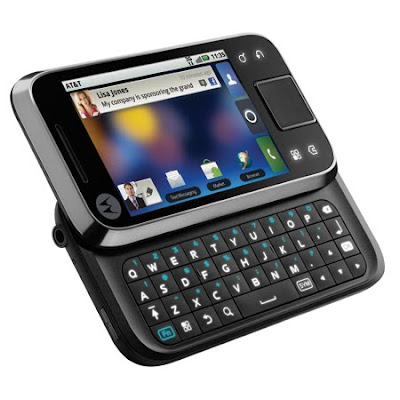 It has typical side slider with CLIQ-like keyboard buttons, Android 2.1, 3.1-inch screen, 3MP camera, 3.5mm headset jack, FM Radio and more. It will get the job done and will not blow you away and at an affordable price. It will also be available on AT&T later this year. 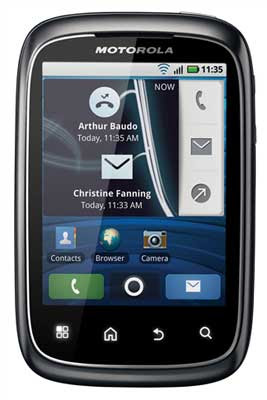 It is a time to heat up to the Latin America loveliness of the Spice which runs Android 2.1 on a 3-inch QVGA screen and has a 3MP camera, 3.5mm headset jack, and is a simple and compact Android powerhouse.

Three of the phones were announced yesterday on 5th October while some have already been announced and rumored, but Motorola is segmenting their audience and going after the meaty parts of potential Android adopters where they can move the most volume. As you might not like it, this is a fantastic strategy.