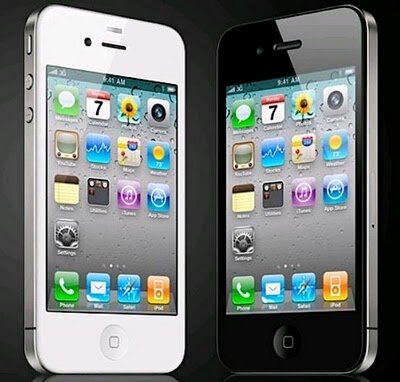 Apple has a thinner iPhone with a sharper screen, high-definition movie-making and video-chatting capability but it remains locked to AT&T Wireless in the United States. The new device is made of stainless steel and glass. The iPhone 4 is 0.37 inches thick thus it is slimmer than its forerunners. Apple has renamed the iPhone OS 4.0 for iPad and iPhone/iPod Touch devices to iOS4.

Its other feature is a 5-megapixel camera with an LED flash on the back. In addition, second camera with an unannounced but apparently lower resolution on the front. Through the back camera, users can record movies in 720p high definition and with Apple’s $4.99 iMovie for iPhone program. Users can also edit videos right on the device.

Steve Jobs, Apple’s CEO said, “iPhone 4 is the biggest leap since the original iPhone. FaceTime video calling sets a new standard for mobile communication, and our new Retina display is the highest resolution display ever in a phone, with text looking like it does on a fine printed page. We have been dreaming about both of these breakthroughs for decades.”

Apple labels are seen on screen of the iPhone 4, with its high resolution of 960 x 640 pixels, the “Retina Display.” New device of Apple has the “iPhone OS 4” software debuted in April, now renamed as “iOS 4.” So now users can set Microsoft’s Bing as a default search engine.

Price of the iPhone 4:

The new iPhone 4 is just 9.3mm thick which is 24 % thinner than the iPhone 3GS. On the top of the iPhone 4 has 3.5mm headset jack, secondary Mic and the sleep-wake up button. On the bottom side of the iPhone 4 sports primary Mic, speaker and Apple’s proprietary 30-pin connector port and the volume controls on the sides. 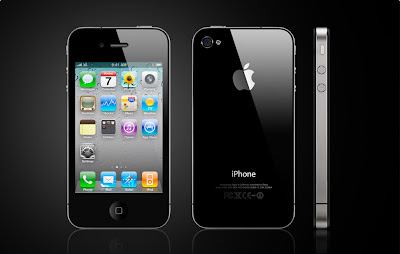 Design-wise Apple has the rounded hinds design and adopts box like structure for the new iPhone 4 model. As a part of antenna system, Apple has used stainless steel rims binding the iPhone 4 body. It has integrated antennas which operate as a bonding agent to hold 2 glass panels on the front and the back of the iPhone 4. 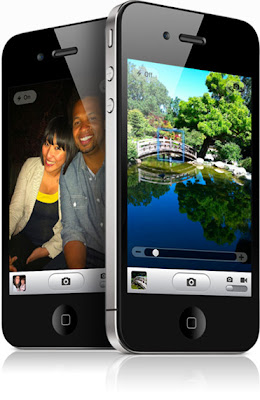 Apple introduces new display named as ‘Retina Display’ with the iPhone 4. Its 3.5” multi-touch display presents 960×640 pixel resolution at 326 pixels per inch. This means while playing games, crisper images and more amazing graphics display. Apart from that this IPS technology based panel will offer 800:1 contrast ratio that would be 4 times better than the former generation iPhone devices. Thus users can watch 720p HD movie on this 960×640 pixel display and with more accurate colors. As part of this, both front display and back panel would come covered with fingerprint resistant oleo phobic coating. 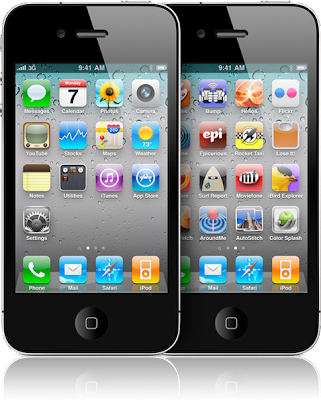 On home screen, you can see all apps and folders. iPhone has up to 11 home screens and browse them with a flick. For starting these apps or folders, just tap it. When you are in the middle of a call, if you want to get any app then you can easily get by pressing the Home button. 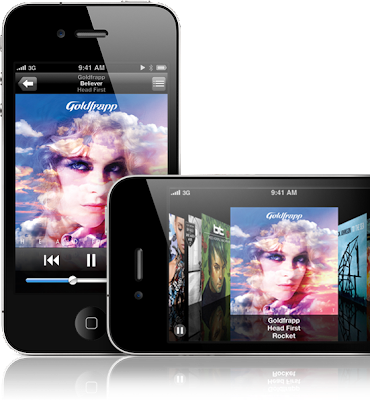 iPhone 4 is marvelous phone with amazing iPod. You can listen to music with watching video, and browse everything with the touch of a finger. Flick to scroll through songs, artists, albums, and playlists. Tap through music by album artwork with Cover Flow. You can create song playlists right on your iPhone. 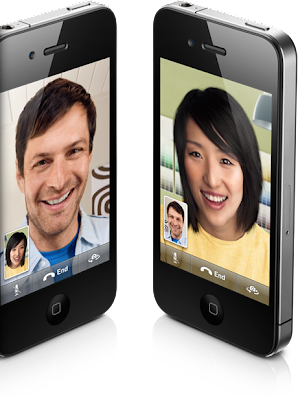 iPhone 4 has facility of video calling which create reality. By which you can see your kids, and share a smile to your best friend. iPhone 4’s both cameras support new FaceTime video conferencing protocol of Apple. But users will need to be on WiFi to use it. AT&T is adding “tethering” support which has ability to share the phone’s Internet access with a nearby computer for a full year after Apple enabled that alternative. 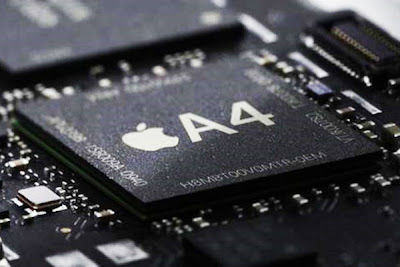 Apple has used mysterious Apple A4 System-on-Chip processor in iPhone 4. Apple claims this chip to be power efficient and so conserves power to add up to the battery life.

Apple has featured 5 megapixel sensor with backside illuminated sensor and LED Flash in its new device. This new camera will provide five time digital zoom and tap to focus options. This 5 Megapixel camera sensor is also capable of recording 720p HD video at 30 frames per second. The LED Flash will continue illuminated for recording good quality picture in videos. The iPhone 4 has front facing camera which allows video calling called as FaceTime. It works even when WiFi is turned off. As FaceTime works out of the box, no setup or installation is required. Apple has put up FaceTime using bunch of open standards like Session Initiation Protoco (SIP), H.264, and AAC. 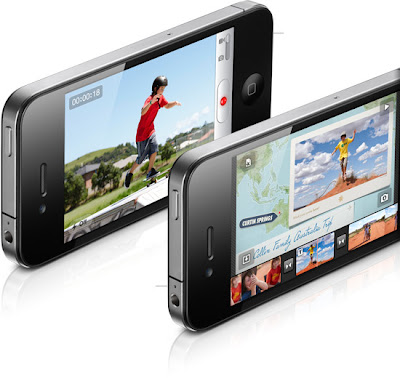 The new iPhone 4 is introduced with new iMovie for video editing which include options like scene transitions, themes, editable titles, and more. After iOS4 is rolled out to everyone, this App will be available at a price of $5. 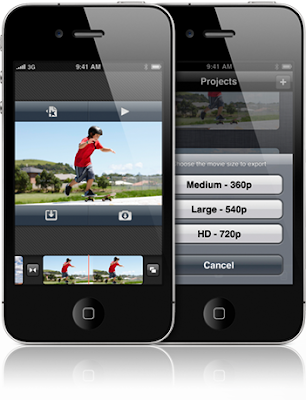 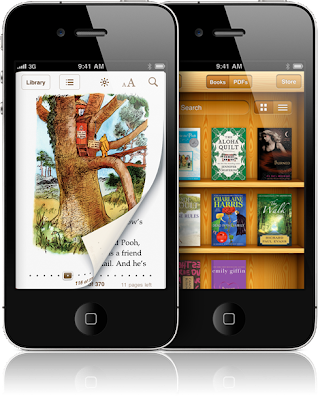 iPhone 4 has also iBooks app as a free download for iPhone, so users can read their favorite books anywhere. In iPhone 4, the high-resolution Retina display renders every page wonderfully. Vibrant colors, rich illustrations, and crisp, sharp text make reading enjoyable. iBook Pages are turned by tapping the right or left side of the screen or by dragging the page corner. You can directly jump to a different part of the book by content table and tapping a chapter. 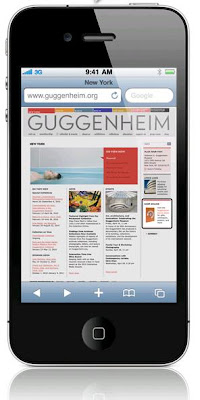 iPhone 4’s accessibility feature helps you with disabilities experience all that iPhone has to offer. Its main accessibility feature is VoiceOver, the world’s first gesture-based screen reader. Just by simply touching the screen, you hear a description of the item under your finger, then double-tap, drag, or flick to control iPhone. VoiceOver has 21 languages and works with all of the applications built into iPhone 4. 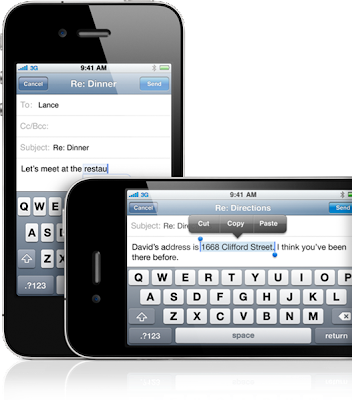 iPhone 4’s keyboard hastens your typing because of it tracks what you type. Then it also suggests words, corrects spelling, and inserts punctuation for you. 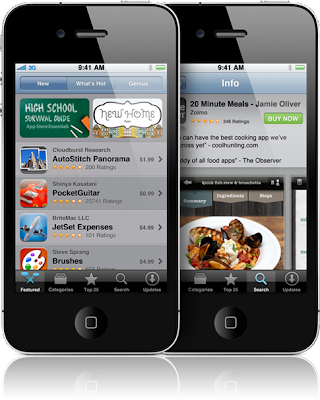 You will be required to enter the App Store to shop for amazing apps in about every category such as games, lifestyle, social networking, and education, for starters. There are many apps available without charge. You can also purchase apps to send as gifts to friends and family.

iPhone 4 has added 3-axis gyroscopes. A device preserves direction or measuring it based on the rotation mechanism of the object. iPhone 4 is organized with Accelerometer to make it 6-axis motion sensing. Sony’s PlayStation 3’s game controller has gyroscopic motion sensing.

Apple has set a larger battery in the iPhone 4. The lithium-ion rechargeable battery assures to offer up to 7 hours talk time on 3G networks while 14 hours talk time on 2G Networks. Users can listen to music for 40 hours or watch videos for up to 10 hours. Most remarkable point is that users can browse mobile web for up to 10 hours on the iPhone 4.

Apple would be using external rims as part of its antenna system. The company has set of cases to protect the iPhone. Apple has set up iPhone 4 protection cases called as Bumpers which would be available in white, black, green, blue, orange and pink. The cases are made out of moulded plastic and rubber.

Other features of iPhone 4: