You are here: Home / Technology / Google Chrome OS will run application through browser

A big concern with Google’s Chrome OS has been around its compatibility with software from other platforms like windows, linux and mac. Since Google’s Chrome OS is in beta version, existing legacy software will  most likely not work out of the box. It appears that Google is hard at work on remedying this issue.

Google’s biggest selling point with Chrome OS lies with its reliance on cloud computing. Pretty much all of the apps running on the platform will be Web based and living in the clouds. As indicated by Google, this may be the future but that still leaves a big hole with traditional legacy software. 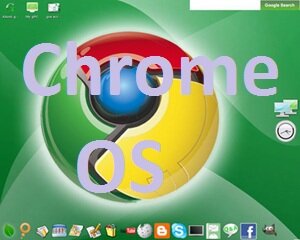 Since you can’t install PC software onto Chrome OS, many of the off-the-shelf programs won’t be compatible with the platform. According to PC World, Google is experimenting with a remote desktop solution. According to Gary Kacmarcik, Google software engineer, this process is called “Chromoting.”

We’re adding new capabilities all the time. With this functionality (unofficially named “Chromoting”), Chrome OS will not only be great platform for running modern web apps, but will also enable you to access legacy PC applications right within the browser.

He also indicated that Google will be revealing this new feature in the coming months. Unfortunately, details are scant currently with no explanation as to how remote desktop will offer PC software for Chrome OS.

The most popular theory on the Web is that Chromoting will work like a VPN/sharing functionality. This would mean that a user would have to have a Windows-based computer online for someone to remote into.

It makes sense that a user interested in leveraging legacy PC software on Chrome would have a PC on hand as well. However, this process would also mean that Chrome OS would be cooperating with Windows and relying on it as well.

A better solution would have been if Google could offer a cloud based option, where users could install these legacy PC apps onto cloud servers at a cost. Since there are no details on Chromoting yet we will just have to wait and see when Google announces it.