You are here: Home / Technology / Google Chrome is faster than Apple Safari 5 in Mac OS (Chrome 5 vs Safari 5 vs Firefox 3)

But Reuters and some bloggers refute that. Also Various benchmarks have proven this, in Mozilla’s Dromaeo JavaScript performance test Google Chrome was 2.27 times faster than Safari 5. 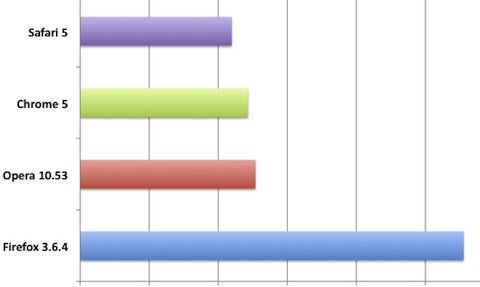 Apple’s Safari 5 is quite snappy, and does feel faster than Safari 4. Though Safari’s Nitro JavaScript engine may have a very slight raw performance advantage, the benchmarks we ran show that Apple and the WebKit team certainly have some areas where it can improve—both in JavaScript performance characteristics as well as optimizing performance for animation and other graphics rendering. All this fierce competition among Apple, Microsoft, Google, Mozilla, and Opera for “fastest” browser, though, ultimately benefits all users in the long run. 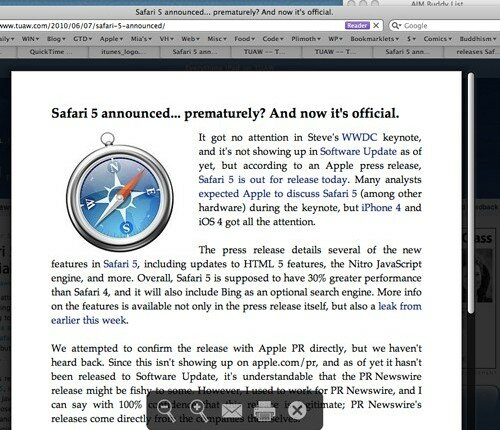 Usage of browser in May