Final Fantasy XIV beta will be released for worldwide players such as Japan, North America, Africa, Europe and the Middle East and Oceania and Other Regions. Final Fantasy XIV (FFXIV) is the fourteenth installment in the Final Fantasy series which will be launched for Microsoft Windows and March 2011 for PlayStation 3. Open beta testing has been started. Developer and publisher of Final Fantasy XIV, Square Enix had commenced Final Fantasy XIV beta as its first ever venture into the MMO genre. Recently, as a result of the heavy traffic on Square-Enix’s servers, its account management login page is down. 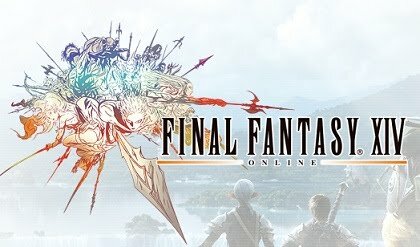 Participants of closed beta test also need to obtain and register dedicated registration code for the open beta test. Please follow the directions listed in the mail “Guide to the Final Fantasy XIV Open Beta Test,” which was sent to the participants of closed beta test on Aug. 31, 2010, and obtain the registration code from Final Fantasy XIV Open Beta Test Application Site. Officially, FFXIV game will be released on September 30 for the PC and in March 2011 for Playstation 3.

By going through a series of forms on their account pages, you can download easily the client to PC. For downloading, you need to get a beta key or you can get a beta key which you will get after registering at FFXIV website. For registering, you visit the Entry page of Final Fantasy XIV and get a beta key. But currently, due to heavy traffic the webpage is down. Otherwise you can also directly visit the registration site from Square Enix with your key where you need to log into your account management and register the key. Then you again face same situation.

On Tuesday, the FFXIV beta test began but it was delayed when Japanese game maker, Square Enix exposed critical bugs in the game. Then the open beta testing has started at 7 p.m. Pacific time on Wednesday. Into the MMO genre, this will be Square Enix’s first exploration since it launched its Final Fantasy XI in 2002. The continuing FFXIV beta test is open just for PC users.

FFXIV’s technical staffs are working for resolving this congestion issue. They suggest that the users will wait till try again message. If you will fail on the acquisition of registration code for Final Fantasy XIV Open Beta Test, that time you also wait a moment and try again later.

Since FFXIV’s new game installation and beta test start, there has heavy server load. The following servers will accessible for play:

PC Gamer said that the weekly timer will begin to reduce gained experience after eight hours of play. After an additional seven hours of play, the game will no longer give players experience. The limits, however, are separate for each skill. Once players hit the 15-hour time limit on one skill, they can swap to a new skill (ranged weapons, crafting tools) to reset the timer for the new selected arsenal.