Mobile X-ray Vans called as ‘Backscatter x-ray scanners’ which is used for scanning vehicles and their contents including the people from up to a 1/3 of mile away without their permission. The US is buying custom-made vans packed with capacity has riled privacy advocates and sparked internet worries about “feds radiating Americans.” The new equipped promised transparency, turns out the ‘transparency’ part was related to the government using vans equipped with ‘backscatter x-ray scanners’, the ability of the mobile Z Backscatter Van, ZBV’s. 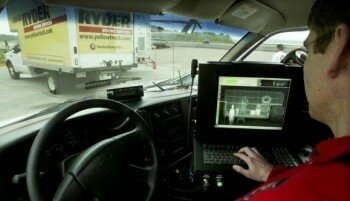 This van might seem like a great government innovation but for many living in a terror-spooked country. This van is equipped with mobile X-ray units to scan vehicles at major sporting events, or even randomly for bombs or contraband. Actually, it is bad for your health to smoke but okay for the government to use secret x-ray technology to scan your car and the occupants of your car which could include your children, without your permission.

“This really trips up the creep factor because it’s one of those things that you sort of intrinsically think the government shouldn’t be doing,” says Vermont-based privacy expert Frederick Lane, author of “American Privacy.” “But, legally, the issue is the boundary between the government’s legitimate security interest and privacy expectations we enjoy in our cars.”

American Science & Engineering, a Billerica, Mass.-company told to Forbes, “It’s sold more than 500 ZBVs, or Z Backscatter Vans, to US and foreign governments. The Department of Defense has bought the most for war zone use, but US law enforcement has also deployed the vans to search for bombs inside the US, according to Joe Reiss, a company spokesman, as quoted by Forbes.” 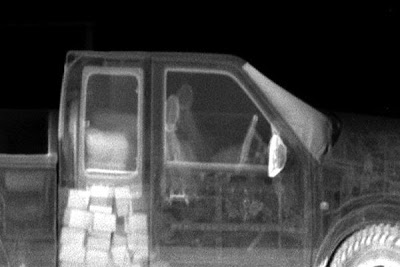 To check the contents of truck trailers on Tuesday, a counter terror operation snarled truck traffic on I-20 near Atlanta where Department of Homeland Security teams used mobile X-ray technology. Authorities said the inspections weren’t prompted by any specific threat.

Backscatter X-ray is already part of an ongoing national debate about Backscatter X-ray use of full body scanners being deployed in many US airports. In such case, US officials will use masking technology to avoid revealing details of the human body and have said they will not store or share the images. Yet, the information security advocates have filed suit to stop their deployment, citing concerns about privacy. But other people are worry that radiating Americans without their knowledge is evidence of gradually eroding constitutional protections in the post-9/11 age.

Security experts said “Expanding the X-ray technology for use on American streets is a powerful counter terror strategy. They also point out the images do not offer the kind of detail that would be embarrassing to anyone. Moreover, law enforcement already has broad search-and-seizure powers on public highways, where a search warrant is often not needed for officers to instigate a physical search.”

“Regardless of where you fall on the spectrum of national security… you have to be realistic that this is another way in which the government is capturing information they may lose control over,” says Mr. Lane. “I just have some real problems with the idea of even beginning a campaign of rolling surveillance of American citizens, which is what this essentially is.”