Due to DNS failure, Facebook login problems were faced and the service was remeined unavailable yesterday for few hours. The  social networking website, Facebook appeared to be down most of the last day night. Facebook clarified that website was put up with problems which could slow service or perhaps unavailable to some of the users. But the problem was fixed later of the day. 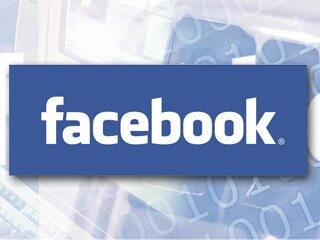 When the users can try to login, they get ‘Facebook problems’, ‘service unavailable’ and ‘DNS failure.’ They saw message on the social network’s login page, “The server is temporarily unable to service your request. Please try again later.” Because of DNS failure at the backend of the Facebook system that is bringing such error. The general phrase for the Facebook DNS failure is that the “server crashed.”

The DNS error in Facebook is a technical trouble with its server. This trouble stops to users from accessing. The login problem was appeared yesterday, throughout most of the day. But now the problem has been solved.

Around 11:30 a.m. EST yesterday, Facebook initially went down in few parts of the world, however it was fully returned around 5:30 p.m. EST. Currently, Facebook has over 500 million users. Yesterday, the server problem is affected to all users from all around the world.

Particularly, Facebook addicts need to be apt their crops on Farmville while at the same time updating their Twitter friends about the crop bonus they got.

The co-founder and CEO, Mark Zuckerberg has not commented officially yet, but it is supposed that the problem has been fully resolved. For the co-founder and CEO of the hottest social networking programs, Thursday became a mixed day because yesterday Mark was ranked ahead of Apple CEO Steve Jobs in the Forbes 400 wealthiest Americans and he was also rumored to have a new girlfriend named Priscilla Chan.

Facebook addressed the issues in an e-mail to CNN, “We’re currently experiencing some site issues causing Facebook to be slow or unavailable for some users … We are working to resolve this issue as quickly as possible.“