Air Multiplier is the newest invention of Dyson. Air Multiplier is a window fan but, have no blades which means it is completely different from standard house fan, and it features a unique design that uses air multiplier technology. It is the most luxurious and most eye-catching gadget. 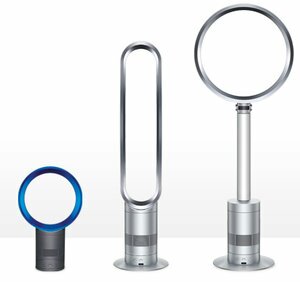 The price of this Air Multiplier runs $299 for the 10-inch version and $329 for the 12-inch version. The world famous James Dyson is best known for his innovations with vacuum cleaners. His company was the first to introduce the concepts of cyclone technology, cleaners with a ball and made huge improvements to bag-less cleaners. 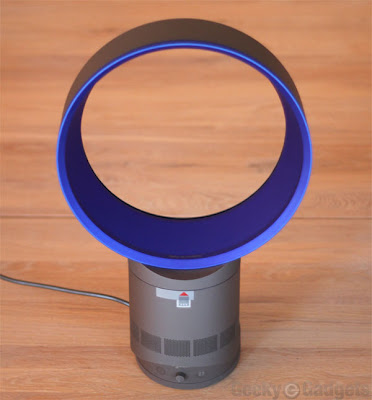 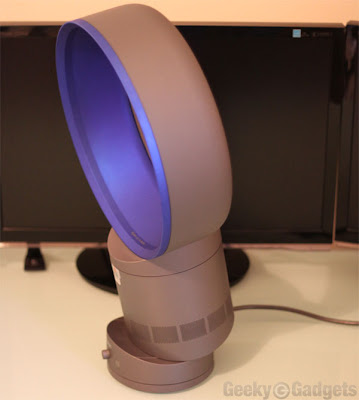 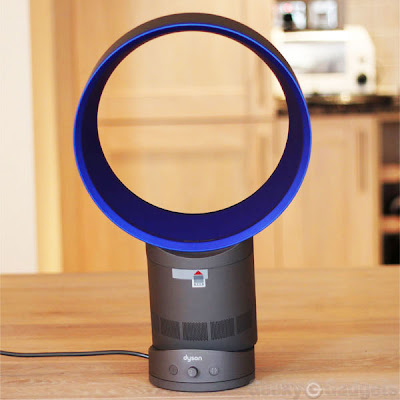 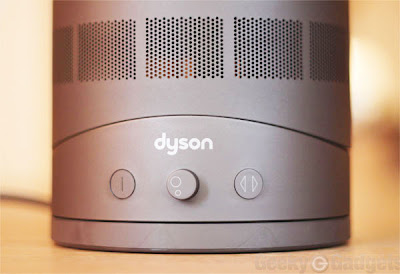 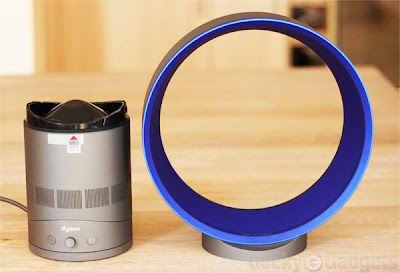 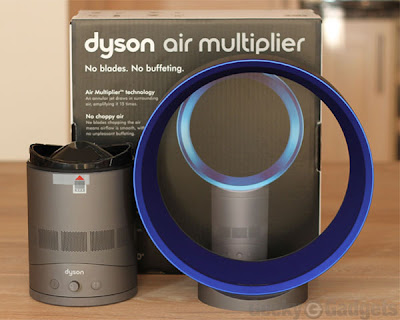 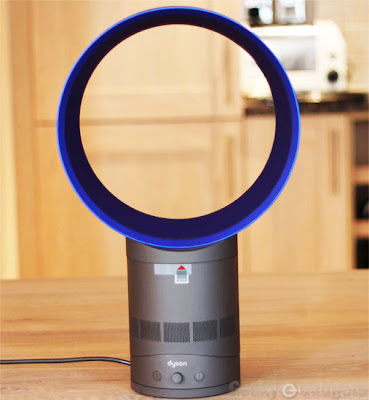 It looks like a round hoop attached to curved base. The fan would not look out of place in any home, it has the ability to either be a modern looking ornament or can merely blend unobtrusively into its surroundings. The team of Dyson has managed to create a fan without blades choosing to produce air flow with a powerful yet efficient brushless motor. This has a number of key benefits when compared to a traditional fan.

Following are the benefits of Dyson’s Air Multiplier:

The first key benefits are aesthetics which have a knock on effect to hygiene and safety. It makes cleaning quick and simple because it uses smooth surfaces. It has no guards or external moving parts which also makes it very safe for children and animals who might be tempted to prod fingers or objects into a conventional fan. The machine is placed at the bottom which makes the fan incredibly stable and a lot less likely to topple over and because it is so stable Dyson have included a tilt function which you can adjust with just one hand.

Dyson said, “We realised that this inducement, or amplification, effect could be further enhanced by passing airflow over a ramp.” He also added “And of course this was the point where the idea of a bladeless fan became a real possibility. Here was a way to create turbulent-free air and finally do away with blades.”

Dyson have managed to multiply air flow 15 times to provide a flow of 405 litres of air per second. The unique shape of the fan ensure optimum delivery of all this airflow which means you have better airflow when compared to a normal fan and because you can clean the fan you know that you will be breathing in clearer air too.

The fan does not use blades which results in a constant flow of air. A conventional fan actually uses a chopping motion to force air forward which can result in a ‘buffeting’ feeling. The Air multiplier got its name from the way it delivers the moving air – it feels much calmer and more consistent which is exactly what you need on a hot day.

Because the fan uses a unique brushless motor the fan is able to deliver its power in a new way. You can control the flow of air using a ‘dimmer’ style switch on the front of the fan so you can limit or increase the airflow to suit your individual requirements.

We really liked the Air Multiplier and thought it was a good blend of style and function. It costs around £199 to buy which is more than a conventional fan. The main thing to remember is that this is much better than a conventional fan, it has a higher air flow, is cleaner, will last longer and as the saying goes ‘you get what you pay for’.