The new version 5 Beta has been officially reached by Skype for Windows. It comes with special feature of Facebook integration. As usual, a brand new version of Skype for Windows provides free calls so one can talk whenever they want. After post hitting on web, Skype 5 Beta is available on internet for public download. Skype 5 Beta comes with the most noticeable changes such as addition of photos to the contacts list and the new Facebook tab. 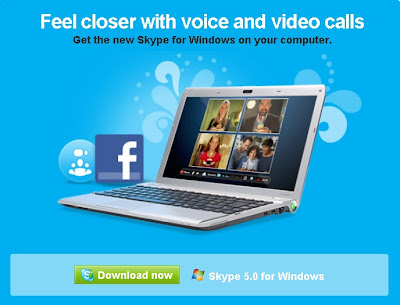 Feature like Group video calls is also added in Skype 5 betas that automatically shift the focus to the person who is speaking, which makes it easier to follow video chats with large groups of people. Your News Feed is brought into Skype by the new Facebook tab. It also allows post messages, comment, and like updates as you would in any other Facebook client. With just a few clicks, user can makes calling or texting their Facebook friends easier from Facebook Phonebook in Skype. It also carries automatic call recovery auto-redials system which redials call whenever it’s dropped.

The quality manager of Skype 5 Beta provides real time information on video or voice call quality as well as tips for solving any problems that occur. Skype Home, a new dashboard, is basically a feed of user’s contacts’ mood messages, which sounds strangely Twitter-ish, but it’s also the way to access tutorials about everything that Skype does. Skype has also made some interesting stats available i.e. 40% of all Skype-to-Skype minutes used in six months were for video calls, and Skype users spend an average of 520 million minutes per day calling people from Skype along with the announcement of the new version.

An average of 520 million minutes has been taken by Skype users every day talking to people on Skype. To provide a clean and more powerful communications experience, they simplified the user interface with the new Skype. Users are provided an immersive call experience that reduces distraction when they initiate a voice or video call with someone. 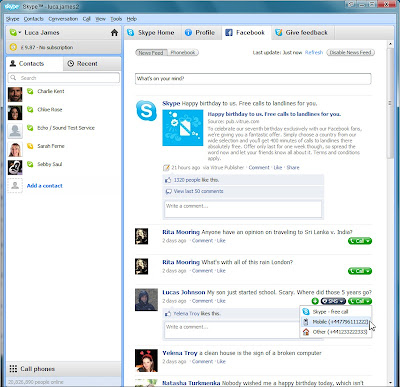 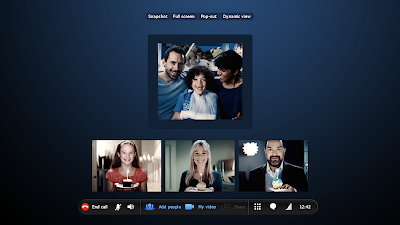