You are here: Home / Technology / Bluehost and Hostmonster Server Down due to Transformer failure

Bluehost and Hostmonster Server Down due to Transformer failure

Is Bluehost Down ? Is Hostmonster Down ?

Yes, This is true. Bluehost and Hostmonster both are sister site and down since 2 hours (11:00 MDT Provo). This is happen due to explosion in transformers of Prvo Energy. Provo  City are trying to solve this issue as soon as possible.

Clarification of Bluehost/Hostmonster of Server Down

“Transformer exploded near our building and caused a small fire. City power is repairing as we speak.Only one of our data centers has a power outage meaning only some sites are affected.”

They also said that their users can get all emails soon when they goes online. There is no need to worry about emails. 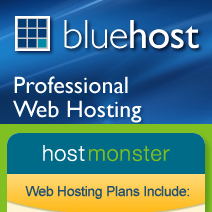 UPDATE: After one hour they turned off more data center for the moment and update message on their HelpDesk

You can check from this link : http://helpdesk.bluehost.com/

The Bluehost Helpdesk is currently unavailable and will be back soon.

There is a complete power outage effecting one of the Bluehost data centers, expected ETA is roughly 1:00 AM Mountain Standard Time.

Provo Power has requested that we shut down power while the transformer is being replaced. They are allowing us to use UPS power for the phone system. The other data center is unaffected by this outage.

We apologize for any inconvenience.

Bluehost and Hostmonster Server are up. All sites are working Properly.