The big fish in telecom market, Bharti Airtel has revealed its plans to launch iPhone 4, the latest product from Apple Computers’s stable, by October 2010. Vodafone had also promised to bring the ‘magical’ device in India after official launch of Apple iPhone 4, but they did not reveal any official release date for Apple iPhone 4. 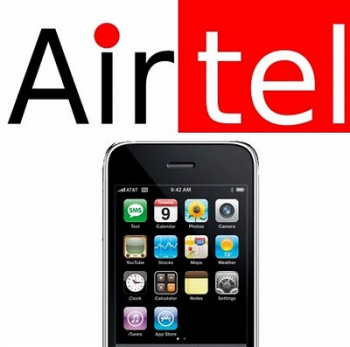 “We are working with Apple. Hopefully, we will launch it in the September-October timeframe,” said by Bharti Airtel CEO Sanjay Kapoor. Vodafone Essar had spoken of its plans to launch the iPhone 4 in India, without specifying a timeframe, earlier in June. Kapoor added, “I think operators have gone through a bit of a lull in the last six months on equipment clearances but now things have begun to ease up and we are getting the equipment in place“.

Lots of negative feedbacks about iPhone 4 has been received by Apple so they are trying too hard to fix the issues. In last week’s iPhone 4 conference, issues were accepted and temporary fix – free cases for iPhone 4 devices were offered by them. These cases are supposed to be resolving the antenna reception issue. A patch for it will be provided by next firmware update as far as proximity sensor issue is concerned. Bumpers and cases is being provided by Apple to US users so that they can avoid drop calls and antenna reception problems.

Airtel has not confirmed anything about to it while Apple is giving away these accessories to their customers. iPhone 3GS are already sold by Bharti Airtel in India priced at Rs 35,500 for the 16 GB model and Rs 41,500 for the 32GB model. The sale of such high end devices are likely to get a boost with the launch of third generation mobile services in the country by the end of this year.

Last month, the inventor of iPods, iPhones and iPads, US-based Apple Inc. had announced the launch of the iPhone 4 with a sharper screen and video-chat features in an attempt to ward-off competition from devices running Google”s Android software. The iPhone has emerged as Apple”s top product, overtaking its Macintosh computer and iPod.