Early this morning, something has been occurred with Android that took Android Market offline. During the purchase process of my app from Android Market, many of buyers are getting a “Server Error“. Android Market was unavailable around the world, including Europe, India and North America as per the reports from the staff members and Twitter. The server error took place only for people who have not bought from Android Market before and do not have credit card credentials stored in a Google Checkout account. 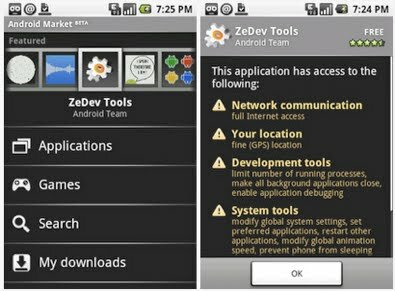 Users have to enter their credit card info to the screen during purchase process from Android Market and when they save the data from this page (Done button), they find a Server Error or “attention, a server error has occurred”. It was down late Friday night/early Saturday morning (Eastern Time) and definitely it was not a device issue, with all devices affected and displaying server errors.

Due to server error with android market, users from across Europe have found some difficulty to download apps since at least last Friday on all manner of networks and phone combinations. Some users on twitter are speculating (hilariously) the problem as either terrorism or elite hackers. Possibly, it is safe to say that it’s a bit more inoffensive than that.