You are here: Home / Technology / Adobe FlashTime for Android shown off

Adobe FlashTime for Android shown off 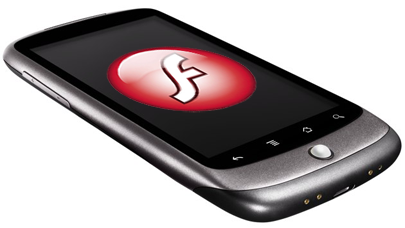 Previewed on a Nexus One handset, AIR 2.5 is said to be “at feature parity with the desktop Flash Platform” and offers support for device cameras and microphones, enabling developers to create video-conferencing applications.

The build that the demo software runs on top is a beta version of Adobe Air 2.5, and is a very early version. Adobe Air 2.5 offers “all the features of Flash 10.1 along with multi-touch/gestures support for bitmap matrix caching and Geographic APIs.” According to Hexus, Mark Doherty, Flash Platform Evangelist said that certain features “may not make it into the v1 product.”

On the FlashMobileBlog, Mark also said, “‘FlashTime’ is obviously a working title, and the code isn’t exactly stable so I don’t want to release it just yet. I hope I can finish it by next week, by which time it will have a name – suggestions welcome.”

Adobe is trying to get around this by offering cool content on the other major mobile platforms. Android 2.2, or Froyo, will offer full Adobe Flash support and this is supposed to be an experience that isn’t compromised, particularly on devices like the Motorola Droid X. Adobe will bring its technology to BlackBerry, Symbian and others in hopes to condition users to expect this type of content on smartphones and Apple could eventually cave.

Another benefit of Adobe Flash on smartphones is that it opens these mobile devices up to the millions of Flash developers. These content creators will have to adjust for touch, smaller screens and battery life, but it could potentially be easier than learning a new language to create for something like Apple iPhone.

The release obviously mock FaceTime for iPhone by Apple, and enables calls between various different camera equipped devices. The video below shows two Android devices using the software, as well as a desktop based client running on top of OS X. Currently, Android has no built in support for video calling, over the air, or even over WiFi — only using third-party applications such as Fring or Qik. “FlashTime” could be a seamless competitor to these as it is multi-platform and based on the AIR framework.