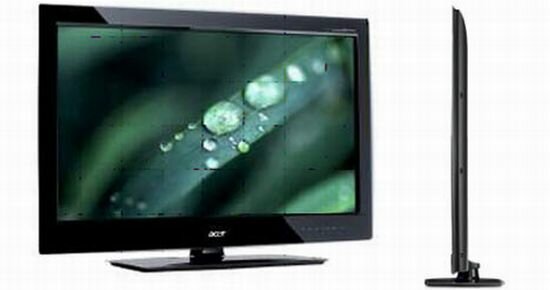 The new product series of Acer provides amazing contrast and detail, appreciation to the InfiniContrast technology. The new Acer TVs are equipped with backlit LED panels which offer more bright images and also allows energy saving of 68% over traditional LCD monitors. Colors and images are equipped with extraordinary realism appreciation to the HD ready resolution for 20” formats and Full HD for 23”, 27”, 32” and 42” formats.

Besides, Pininfarina has designed the logo on the frame of the Television which is immediately transformed into the prestigious signature of the artist on his painting, granting added value to the work itself. At present, the reciprocal passion has given rise to the collaboration between the two brands with a new surprising and extraordinary range of products of the AT58 series.