Apple iTunes and applications stores have been hacked by scoundrel developers, obvious from reports of many doubtful activities from users’ iTunes accounts. It was also reported that some iTunes customer accounts have also been hacked and funds from those accounts may have been used to buy apps in the iTunes App Store. 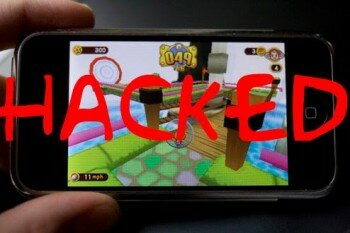 A mysterious uptick in sales of book apps was reported by Engadget by a developer identified as Thuat Nguyen. At the time of writing its report, Nguyen apps accounted for 42 of the top 50 books by revenue in the Books section of the iTunes App Store according to the blog. Engadget went on to mention “a number of people reporting up to hundreds of dollars being spent unwillingly from their [iTunes] account to these specific books.”

Actually, this issue was discovered because of some app developers found their rankings were dropping rapidly in what appeared to be abnormal manner. Customers have reported that unauthorized purchases are appearing on their accounts – purchases of book applications from Vietnamese developer Thuat Nguyen. In the Books section of the App Store, about 42 Book apps are sold by revenue.

According to consumer complaint, hundreds of dollars from their iTunes account were used to purchase these applications. One consumer stated, “Yesterday my credit union contacted me saying there was suspicious activity on my debit card, sure enough over 10 transactions in the $40-$50 area all on iTunes equaling to $558.”

As Apple customer phone lines were switched off due to holiday weekend, Apple had not yet responded to the issue and could be contacted only by e-mails. Recently, Apple’s mythical launch of iPhone 4G has been coupled by party spoilers – security issues and hardware problems.

For iTunes App Store user, David Murphy gives a word of smart advice: Be sure to look into your “previous purchases” listing from time to time for evidence of unauthorized activity–or just unlink your credit card details from your account!