WWE Summer Slam 2010 was fought between Team WWE (John Cena, John Morrison, R-Truth, Edge, Daniel Bryan, Bret Hart, and Chris Jericho) vs. The Nexus (Wade Barrett, David Otunga, Justin Gabriel, Heath Slater, Darren Young, and Michael Tarver) in a seven-on-seven elimination tag team match. SummerSlam (2010) is a professional wrestling pay-per-view event produced by World Wrestling Entertainment (WWE) and had taken place on August 15, 2010 at the Staples Center in Los Angeles, California for the second consecutive year. This was the the 23rd annual SummerSlam event. In this event all over match was fought between two teams. 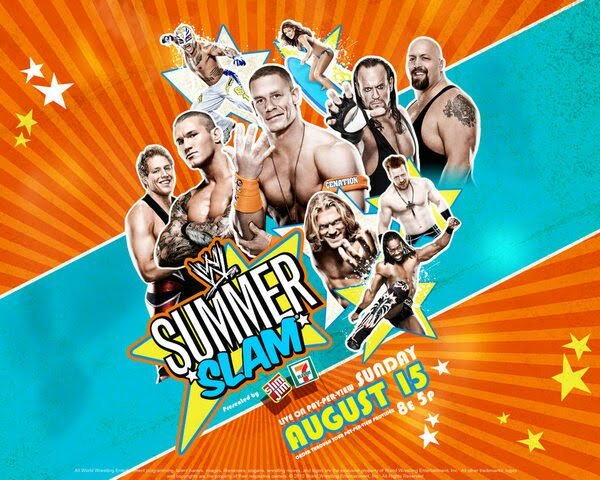 The main rivalry heading into SummerSlam from the Raw brand is between the champion Sheamus and Randy Orton over the WWE Championship. At Fatal 4-Way in June, Sheamus defeated the then-champion John Cena, Edge and Orton in a Fatal Four-Way match to win the WWE title after an interference from The Nexus. In July, at Money in the Bank, Sheamus successfully defended the WWE Championship against Cena in a Steel Cage match, due to interference from The Nexus again. Then, on the July 19 episode of Raw, Orton defeated Edge and Chris Jericho in a Triple Threat match to earn the right to face Sheamus for the WWE Championship at SummerSlam. On the August 9 edition of Raw, the anonymous general manager of Raw added two stipulations to the match: should anyone interfere in this match, then he, she or they would be suspended indefinitely from the WWE; and also, should Orton lose, he would not receive another title shot at the WWE Championship and go to the back of the line of challengers for the title.

Intercontinental Championship Match fought between Dolph Ziggler and Kofi Kingston which went to a no contest when the members of Nexus attacked. Nexus assaulted Ziggler and Kingston, announcing that no matter who the 7th member of Team WWE.

Divas Championship Match fought between Melina and Alicia Fox in which Melina defeated Alicia Fox with a snapmare driver to become the new Divas Champion. After the match, Melina was berated and attacked by Michelle McCool and Layla.

Handicap Match fought between The Big Show and The Straight Edge Society in which The Big Show defeated CM Punk, Luke Gallows, and Joseph Mercury following a big right hand to Gallows and a chokeslam on Mercury. CM Punk abandoned his henchmen during the finish. The Miz cut an amazing promo announcing that he would be a part of Team WWE.

World Heavyweight Championship Match fought between Kane © and Rey Mysterio in which Kane © defeated Rey Mysterio with a chokeslam. Kane continued the assault after the match and chokeslamming Mysterio multiple times and delivering a tombstone piledriver before trying to stuff him into a casket.Upon opening the casket Kane found the returning Undertaker. Taker demanded answers about his attacker from Mysterio before turning his attention to Kane. Taker choked Kane, but was overpowerd, choked, and tombstone piledriven by his brother.

7-on-7 Elimination Match fought between Team WWE and Nexus in which Team WWE (John Cena, John Morrison, R-Truth, Bret Hart, Edge, Chris Jericho and Daniel Bryan) defeated The Nexus (Wade Barrett, David Otunga, Justin Gabriel, Heath Slater, Darren Young, Skip Sheffield and Michael Tarver). “THE AMERICAN DRAGON” DANIEL BRYAN was announced as the 7th member of Team WWE, replacing The Miz. Bryan eliminates Darren Young with an omoplota with a crossface. John Morrison eliminates Tarver with Starship Pain. Skip Sheffield eliminates John Morrison and R-Truth in a matter of seconds. Bret Hart was eliminated via DQ after using a steel chair on Sheffield. Edge eliminates Sheffield with a spear. Chris Jericho eliminates David Otunga with the Walls of Jericho. Heath Slater eliminates Chris Jericho with a neckbreaker, and then eliminates Edge with a roll-up. Bryan eliminates Heath Slater with the crossface omoplata, but gets eliminated himself after The Miz attacks him with the Money in the Bank briefcase. Cena eliminates Justin Gabriel after Gabriel missed a 450 splash. Cena then catches Wade Barrett in the STF to win the match for Team WWE.