The results of WWE Hell in a Cell 2010 has now declared and available online. Hell in a Cell is a professional wrestling pay-per-view (PPV) event produced by World Wrestling Entertainment (WWE) annually. 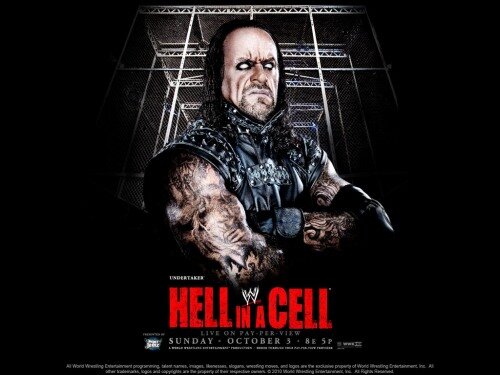 WWE Hell in a Cell 2010 was the second annual event held at the American Airlines Center in Dallas, Texas USA on Sunday 3rd October, 2010. The even has featured six “Hell in a Cell” matches that also broadcasted live. The first WWE Hell in a Cell event was held in Newark, New Jersey, USA in 2009. In the Hell in a Cell match, competitors fight inside a 20-foot-high roofed cell structure surrounding the ring and ringside area. The ring is surrounded by a steel cage with a roof on it.

WWE Hell in a Cell 2010 was broadcasted live on PPV on Sunday, October 3 at 8 PM ET. Those who did not have PPV capability, go on WWE.com and watch online live streaming for the show. The results of the matches are given below.

2010 Hell in a Cell featured 6 fights in the battle that are:

The first fight was WWE World Championship between Randy Orton and Sheamus and after there was World heavyweight championship between Kane and Undertaker. The WWE United States title match featured an encounter between Daniel, Miz and John Morrison under the Unified Divas Championship match was between Michel McCool and Natalya. At last the event also has a match between John Cena and Wade Barrett.

WWE Hell In A Cell 2010 Results Video from Youtube: