The world Championship fight has been played on June 20, 2010 at the Nassau Veterans Memorial Coliseum in Uniondale, New York. There were two championship matches in the card that will be contested as Fatal Four-Way Championships. 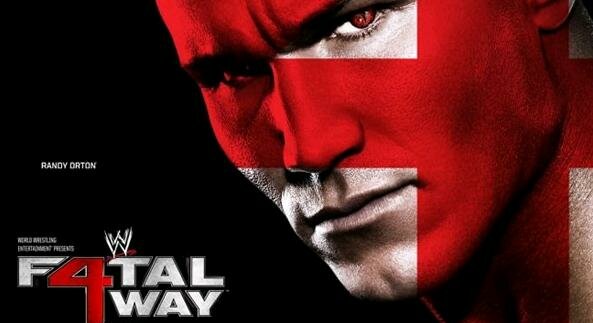 For the WWE Championship, competitors under a Fatal Four Way match were John Cena, Randy Orton, Edge and Sheamus while those battling for the Smackdown World Heavyweight Championship were Jack Swagger, Big Show, CM Punk and Rey Mysterio.

This month’s WWE PPV included (1) WWE champion John Cena vs. Randy Orton vs. Edge vs. Sheamus in a four-way WWE Title match, (2) World Hvt. champion Jack Swagger vs. C.M. Punk vs. Rey Mysterio vs. Big Show for the World Hvt. Title, (3) The Miz vs. R-Truth for the U.S. Title, (4) Kofi Kingston vs. Drew McIntyre for the IC Title, and (5) Divas champion Eve defending in a four-way title match vs. Maryse, Alicia Fox, and Gail Kim (6) The Hart Dynasty vs. Jimmy and Jey Uso for the Tag Team Titles, (7) Chris Jericho vs. Evan Bourne.

The WWE PPV was begun with a short showdown of the Raw and Smackdown Fatal 4-Way matches at 8.00 PM on Sunday June 20, 2010. After the fireworks and music, Vince McMahon declared Bret Hart would not appear and they present a video of what happened on the last episode of Raw to explain why. After that finishing the video, McMahon said Hart attackers will be punished then The Chosen One’s music is heard and Drew McIntyre appeared to shake the WWE chairman’s hand. That announced the first match and then in the ring, McIntyre named Teddy Long; he asked him to sit ringside then Kofi Kingston was coming to the ring.

Match 1- Drew McIntire vs. Kofi Kingston for the Intercontinental Title:

The Intercontinental Championship match started with Kofi as the aggressor, but McIntyre, after a short break outside the ring came back in for the assault. Teddy Long appeared worried about the result of the match. So far, McIntyre got the upper hand in the match and he even mocked Kingston ”boom boom boom”. Kofi countered a clothesline with some kind of flying DDT and both were laying on the floor.

Kofi started fain momentum but his pain due to his harm previously hit with insistence. Then the attacked and counters were coming from both ways and the ref was down in the ring hit by Kingston’s feet from top rope. McIntyre got the 3 count but the ref still down and out. He Throwed Long in the ring and made him wear the ref’s shirt. Kingston still down and k.o. but Teddy Long stopped the count at two. McIntyre was mad and arguing, but surprised Matt Hardy hit him with a twist of fate in front of Long who didn’t disqualify Kofi. Kofi hit McIntyre with his signature move, Trouble in Paradise, to retain the IC title. 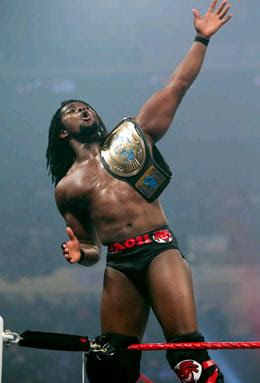 The match was for the Divas Championship and opened with a grueling catfight. A lot of action so far: Two submissions moved at the same time, double teaming on Eve and a succession of submission moved broken by opponents. Maryse and Alicia Fox no longer appeared on the same page and started to argue and then battles while the two faces (Eve and Kim were laying out of the ring).

Eve and Gail Kim came back in the ring and ended fighting each other. There has no more team and it’s everyone for herself with great moonsault from Eve on Maryse. The count was interrupted by Alicia Fox and she pins Maryse.

It is fast paced match, but Y2J appered a bit slow that night. Jericho got the early momentum and clearly showed his in-ring experience. Bourne countered a bit, but not enough so far, until he grab with his feet Jericho’s head who’s on the top rope; Y2J hit the floor and stopped the count at two. Y2J gained back momentum and went with the Walls of Jericho. After some struggling, Bourne reached the rope to break the hold. The action continued outside the ring with brutal hits and counters. Back in the ring, with back and forth action, Y2J hit the Code Breaker but Bourne put his foot on the bottom rope for the break. Finally, after great hits and counters, Bourne went for his Airbourne for the 3 count on Jericho. 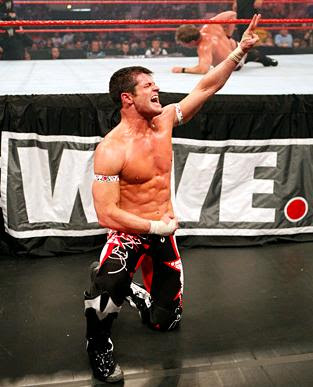 Match 4 – Jack Swagger vs. CM Punk vs. Rey Mysterio vs. The Big Show for the WWE Title:

This match was for The Big Show WWE Title. Mysterio and Big Show both cleared the ring of their opponent and they faced each other; Rey hit Show with all he got, but it has no effect on the largest Athlete in the World. And in the ring, Mysterion brought back by the head with Big Show’s single massive hand. The action continued with many pinfall attempts. After Big Show became hit out cold and laid on the concrete floor, he bulldozed everyone in the ring after he woke up. With 4 men set in the ring, Kane came in to attack CM Punk first, but Gallows helped his savior to escape the casket. In the mean time, while Big Show was once again k.o. the Ultimate Underdog caused the upset by pinning Swagger after the 619 and top rope plunge.

Match 5 – The Miz vs. R-Truth for the United States Title:

The U.S. Championship was started and Miz entered with a mic; he came with his own version of R-Truth’s song. He replaced the words ”What’s Up” by ”The Miz” and he bragged about how awesome he finished with his catchphrase. Then R-Truths came in with his usual song and entrance. R-Truth was hurt in the mid-section but he continued on fighting. Some high impact moved from both opponents. Back and neck breaker combo on R-Truth and spinning kick on The Miz. Then many pinfall attempted, The Miz counters R-Truth and won the match with a roll-up for the 3 count. 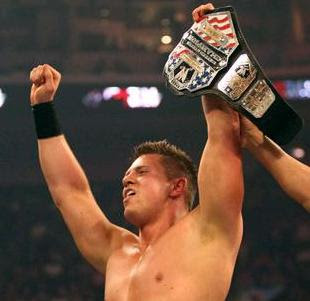 Match 6 – The Hart Dynasty vs. Jimmy and Jey Uso for the Tag Team Titles:

This match was three vs. three mixed tag team match. The Uso’s Brothers got the upper hand early and Samoan Drop on the security gate outside the ring. The Hart Dynasty replied a bit, but started to get back in the match when Nathalya took care of Tamina. Tamina replied with an impressive Samoan Drop, but then failed her splash from the top turnbuckle. Nathalya won the match with a devastating-rotating clothesline for the pin. 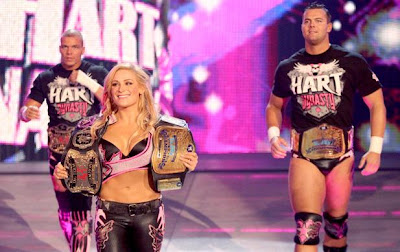 Match 7- John Cena vs. Randy Orton vs. Edge vs. Sheamus for the WWE Title:

Randy Orton was the first to enter and he got a huge pop. He appeared in great shape. Edge entered with a huge pop too, as loud as Orton’s. Sheamus followed under great boos. The crowd was great and mixed reaction for John Cena. Amazing cheered and equally awesome boos. The Championship match for the WWE Title was started slowly. They all watched each other. Then the action began. With Orton out of the ring, Sheamus and Edge team together against Cena and the crowd became crazy. Then Orton came in action and fought Cena while the two others presented of the ring. Edge got in to prevent Orton to go for the pin. Then load of signature moved for everyone with Cena got the first real chance to win with his submission move, broken by Sheamus. Great 3 count break by Sheamus and he pushed the ref while he was counting to prevent Orton to win the match after a RKO on Cena. Then NXT attacked the Hart Dynasty and Bourne backstage and he headed to the ring to attack Cena and Edge. Finally the opportunist Sheamus covered Cena and became the new WWE Champ. NXT continued their attacked on Cena after few minutes of bell rang, the NXT guys run after Sheamus who run away backstage.