Axelle Despiegelaere, a 17-year-old Belgian girl won a modeling contract with L’Oreal after being spotted cheering in the crowd two weeks ago at the World Cup.

Belgium was eliminated from the World Cup; however one teenage fan came out of the tournament a winner – Axelle Despiegelaere, who was openly photographed during Belgium’s World Cup match against Russia in Rio on June 22. Decked out in her country’s colors, full with face paint, the photo of a gorgeous 17-year-old fan Despiegelaere cheering went viral on social media, also started circulating in newspapers all over the world, and finally caught the eye of the leading global cosmetics brand L’Oreal, which offered her a modeling contract. L’Oreal is also famous for its multi-million dollar modeling contracts and high-profile ambassadors like Blake Lively and Jennifer Lopez. 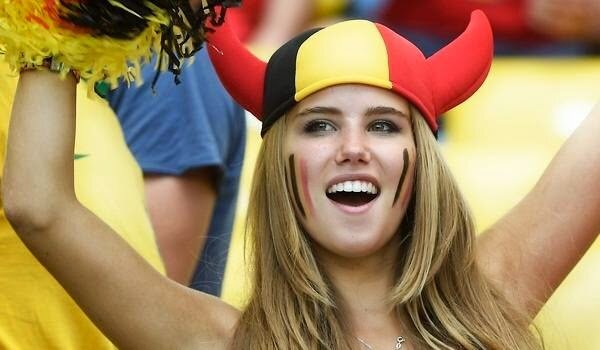 For the young Belgian Supporter who soon became popular during the World Cup, L’Oreal stated on their Facebook fan page – “the most beautiful supporter of the World Cup”. With her fame, Despiegelaere became a social media star, accumulating over 230,000 likes on her Facebook page since it was created on June 26. Despiegelaere officially signed on with the company, and wrote on her Facebook page – “Made my decision..signed my contract, with L’Oreal!”. 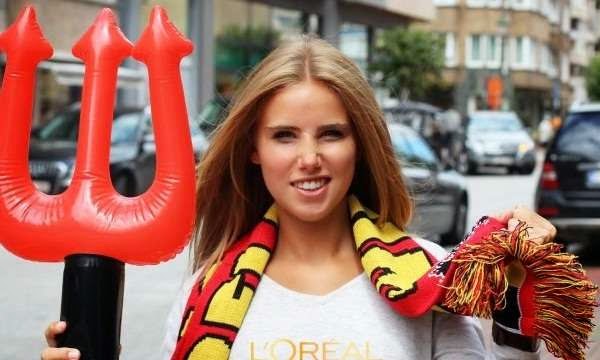 Recently, Axelle Despiegelaere has also filmed a promotional video for L’Oreal Professional Paris, in which she is shown in a beauty salon getting a blow dry and a full hair treatment. The video has been viewed above 437,200 times since it was posted on L’Oréal Professional Belgique’s Youtube channel. 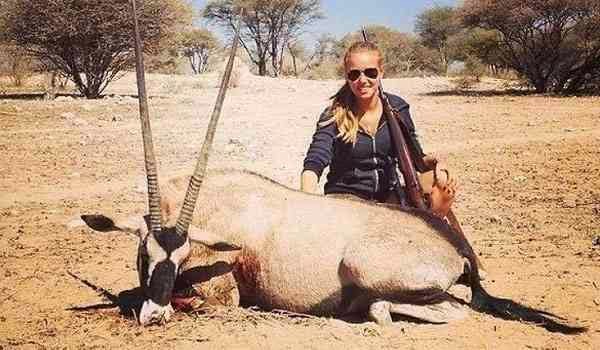 Axelle Despiegelaere has also attracted criticisms for posting a photo of her after hunting the Oryx Gazella, and a rifle that she said was from “about a year ago.” Despiegelaere wrote, “Hunting is not a matter of life or death. It’s much more important than that..ready to hunt americans today haha.” Earlier this month, Texan Kendall Jones was also at the center of controversy for posting photos of her hunts.