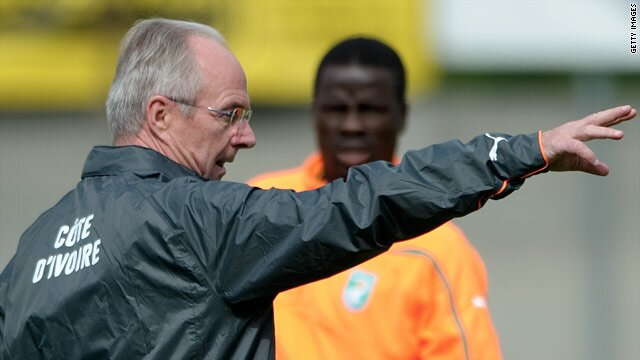 Eriksson has dropped seven players from his original squad, they are goalkeeper Vincent Angban, defender Abdoulaye Meite, midfielders Gilles Yapi Yapo and Emerse Fae, and strikers Bakari Kone, Kanga Akale and Lassina. Yapi Yapo, Fae and Kone all played at the World Cup in Germany in 2006.

The Swedish coach informed his players at their base of Gstaad, Switzerland, on Tuesday morning.

The Elephants have been drawn in the so-called group of death along with Brazil, Portugal and North Korea. They begin their campaign against Portugal on June 15.

Much will be expected of Drogba, who finished as the leading scorer in the English Premier League after netting 29 goals for Chelsea.