StarCraft II: Wings of Liberty went on sale at midnight on July 26/27, after a rolling worldwide launch for Blizzard’s real-time strategy sequel that is already underway in some territories. GAME’s Oxford Street branch in London hosted the StarCraft 2 midnight launch. Blizzard Entertainment Australia/New Zealand has partnered with EB Games for the launch. More than 10 years were taken to create StarCraft II: Wings of Liberty. Since the company announced about it, game buffs were waiting desperately for its release. The hype is being build before the midnight release. 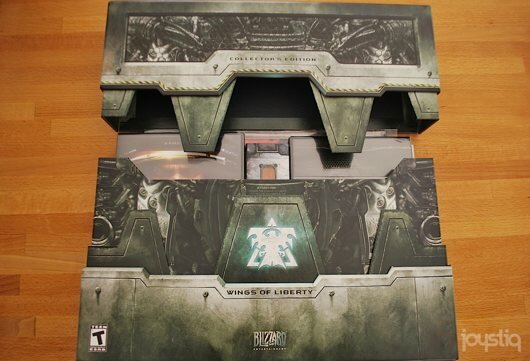 Analysts have predicted after impressing by the game, it could sell as many as 7 million copies by the end of December. 7 million is an impressive number. But, it is too early to jump to any conclusion. When the game hits the market, the real test of it started. On July 27, the sequel to this epic trilogy unrolled and gamers have been waiting for that moment. When Modern Warfare 2 sold some 7 million copied on day one of its release. Due to its multi-platform release, Starcraft’s numbers are heightened.

The game has certainly superb features. Almost all shops were open in order to gamers can get their pre-ordered copies at 12:01 AM sharp Tuesday. Across the nation, all GameStop stores and other retailers were girding up for the big moment. The killer game is only available for PC and Mac but the retailers are not worried with this because many gamers would love to lay their hands on it.

On July 26th, select retail stores in cities across Europe were open at the stroke of midnight to celebrate the release of StarCraft II. To sign copies and meet players, developers from the StarCraft II development team were on-site. Activities, competitions and chances to win great prizes were organized there. Entertainment at the event will include:

In this game, “in the distant future, in the darkest reaches of space, the ghosts of the past, whisper your name. You are Jim Raynor, a marshal-turned-rebel on a vigilante crusade to bring down the Dominion and its nefarious leader, Arcturus Mengsk. Haunted by betrayal and remorse, some believe you may have given up the fight. But you have promises to keep…and a need for vengeance that’s long overdue.”

More details are available on the EB Games StarCraft II website, visit there for further information about game.