You are here: Home / Sports & Games / Saints vs Vikings is Season Opener in Super Bowl 2010

Saints vs Vikings is Season Opener in Super Bowl 2010


Fans of football game are excited for regular season of NFL 2010 which is opening with New Orleans Saints vs. Minnesota Vikings. The first match of NFL is held at the Superdome Stadium on 9th September, 2010 and started at 8:30 pm Eastern Time. Don’t miss the chance to watch the opening match of NFL, Minnesota Vikings vs. New Orleans Saints via ESPN and in other local sports channels. 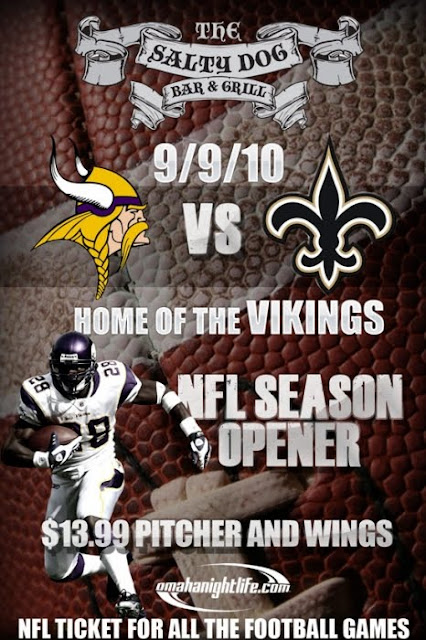 In this match, Vikings should prove themselves as they will be fighting against the Super Bowl 2010 champions, the New Orleans Saints.  However, Super Bowl champion should also prove that they are not a one-year wonder and cannot be easily beaten. The players of Vikings are B. Favre, T. Jackson, A. Peterson, C. Taylor, S. Rice and P. Harvin, who will fight against saints’ players that includes D. Brees, Mark Brunell, P. Thomas, M. Bell, M. Colston, and D. Henderson.

Have you any idea about who will win in this NFL football match? Will Saints defeat the Vikings once again as they did in the NFC Championship Game? Both teams have some inspiring records to boast of. Currently, Vikings have the 5th highest winning percentage in the NFL. It is also included in one of five NFL teams to win fifteen games during the regular season and the first team to play in four Super Bowls.

On the other hand, Adrian Peterson and the whole Vikings team have spent lots of time for studying fumbling problem, strategy and knowledge and all this things will be nothing if they lose the ball for this week schedule against the New Orleans. In the first preseason game, Minnesota Vikings won against St. Louis Rams with 28-7. The Vikings failed to win the match against the San Francisco 49ers in their second game but get back their luck after winning the game against the Seattle Seahawks 24-13 during their third game. But they finished NFL Preseason by winning against the Denver Broncos.

During the preseason of NFL, Saints team had their loss against the New England Patriots with 27-24 in first match, after then they but won against the Houston Texas during their 2nd game with ended score of 38-20 and also won against San Diego Chargers but lost to Tennessee Titans in their third preseason game at NFL.

Fans of NFL can also watch it on any live stream channel at 9/10pm ct at Saints vs Vikings Season Opener for NFL 2010.