Martin Kaymer of Germany won 92nd PGA Championship on the Straits Course by beating American Bubba Watson in a three-hole play-off on 15th August, 2010. Both players finished the tournament on the Whistling Straits course in Kohler Wisconsin on an 11-under 277. Martin Kaymer celebrated his victory with his girlfriend, Alison Micheletti. But that isn’t the only overshadowing that took place on Sunday! The famously ornate Wanamaker Trophy that Kaymer won was easily overshadowed by his trophy girlfriend, Allison Micheletti! Don’t believe me?

Martin Kaymer was born on 27th December, 1984 in Düsseldorf, Germany. In the year 2005, he started his professional and currently, he is a member of the European Tour. He has ranked as high as number six in the Official World Golf Rankings. Kaymer did not have it all his way as he struggled to make the play-off. He won the 2010 PGA Championship, making him only the second German to win a major championship, after Bernhard Langer.

Kaymer, who has won five times on the PGA European Tour, was the third international golfer to win one of the four major championships this year; three international golfers also won majors in 2008. Kaymer, who earned $1.35 million, made a 12-foot par putt on the last hole of regulation to qualify for the playoff. “To be honest with you, I was very nervous on the last three to four holes of the regular play,” Kaymer said.

He further noted that the last four, five holes were really remarkable. It felt so great then to make the last putt on the round, Kaymer said. “I took a long time to read the putt, but then it went straight in the cup,” he added. Meanwhile, Johnson cursed his fate saying “It never crossed my mind that it was a sand trap.” As he walked off the green, Johnson came to know that he was grounding his club in the bunker. And his chance to win the title was destined to be grounded in sands. 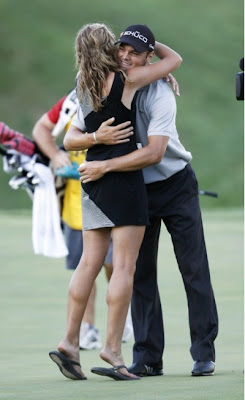 Kaymer, who on Sunday played a two-under 70 and dropped just one shot on the round, came back strongly on the second hole of the play-off as he shot a birdie-two on the par-three 17th when he holed an 18-foot putt, while Watson finished the hole on par.

The resulting two-stroke penalty for grounding his club in a bunker outside the ropes, where thousands of fans had been walking all week turned a thrilling final hour into a controversial finish that will be debated for years. “I just thought I was in a piece of dirt,” said Johnson, who birdied two of the final three holes. “It never once crossed my mind I was in a bunker. If it was up to me I wouldn’t have thought I was in a bunker.”

Players were advised, repeatedly, that there were no “waste areas” at Whistling Straits, meaning the endless collection of rugged pits were all considered hazards. But in Johnson’s defense it’s hard to swing a 3-wood at Whistling Straits without hitting sand and from his vantage point in the gallery it would have been difficult to realize his plight. “It’s too bad,” Stewart Cink tweeted. “Maybe Whistling Straits should rethink some of those obscure bunker-ish features.”

The world number one, whose last win in major dates back to the US Open in 2008, birdied three of the first holes. “I got off to a quick start and boy did I hit the ball so good starting out, but then completely lost it after that. I grinded along”, “I am just going to go home right now and practice and see how that shapes up after that. From here I go home. It is not a quick fix and it is going to take some time and go after it. I don’t even know if I am in the next tournament or not, I am so far down.” 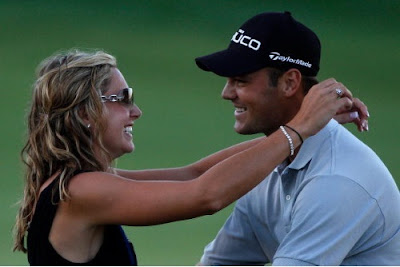 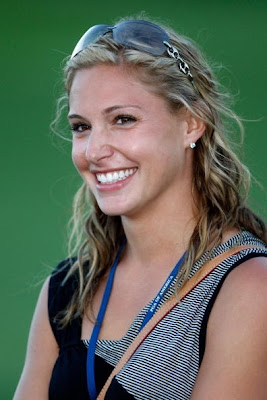 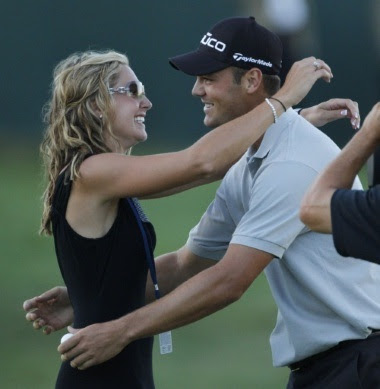 Video of Martin Kaymer of Germany celebrates with his girlfriend, Alison Micheletti from YouTube: