After beating New Zealand – Central Stags by 22 runs in a practice match at the High Performance Centre in Pretoria, IPL franchise Royal Challengers Bangalore (RCB) which is owned by Vijay Mallya started their Champions League preparations in style on Tuesday. 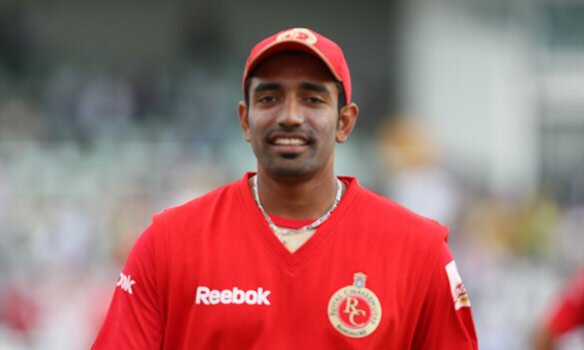 RCB team elected to bowl after winning the toss. The opening partnership of 71 between Manish Pandey (40) and Rahul Dravid (38) proves Indian teams would fair on hard, bouncy tracks. In the absence of Sachin Tendulkar and Gautam Gambhir, Robin Uthappa’s 53 not out must have hit the national selectors’ door again, who must be looking over their shoulder for starter as the team struggled in Sri Lanka.

Cameron White intensified the fireworks of Uthappa. White came in to thrust RCB to a fearsome 172/2 with his 36-run whirlwind knock. Only George Worker and Seth Rance are kitted wickets for the Stags. Skipper Jamie is struggling for just five runs in a 26-ball inning, batting too looked pretty lethargic. With his 63 runs, only Peter Ingram could add some impetus to pursue.

Ingram couldn’t win it for Stags against a backbreaking spell of 4 wickets for 9 runs in 3 overs’ by Dillon du Preez, RCB all-rounder in the absence of any support from the other end. Passing to the Stags’ top and middle order, the local player used the home conditions to his advantage. Continuous stutters prevented Stags from showing any challenge and in the end, they could muster only 150/5, giving RCB an easy 22-run success.