Ines Sainz is a female sports reporter with pretty sexy body and blonde hair. She is assigned as a sideline reporter for Mexico’s TV Azteca. Sainz Gallo, 32, was born in Queretaro, Santiago Queretaro in the beautiful country of Mexico. Currently, she is hosting “Los Protagonistas” and “De Safari” for TV Azteca. Ines Sainz has been chosen as one of the top 5 sexiest sports reporters in the world by FHM. 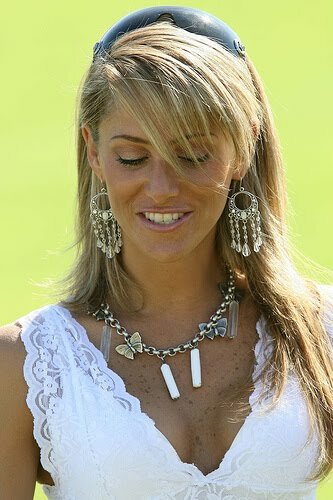 Sainz completed her high school from St. Javier and studied Law at the University of Mexico where she got her Masters’ degree from the University of Queretaro, after her graduation. She is a black belt in Tae-Kwan-do. Her father was a lawyer and her mother stayed home to take care of Ines and her two brothers. She arrived to the famous Mexican Television Network as the new sports reporter for TV Azteca (Deportips) 10 years ago. Ines got married to Hector Perez Rojano. The couple has three children, one daughter, Ines and twin boys Eduardo and Hector.

TV Azteca sports reporter, Ines Sainz alleged that New York Jets players harassed her during the practice and after the practice session. A New York Jets coach, Mark Sanchez threw a football in Sainz direction and team members were calling out to her from the locker room. In the year 2008, Ines Sainz was also made a wave when she dressed as a bride during media day and proposed to Patriots QB Tom Brady. According to a New York Post, Sainz is one of the best-looking female sports reporters in the business together with ESPN’s Erin Andrews. She was on assignment at the team’s practice facility when players and coaches made lewd comments to her and even threw balls at her face. 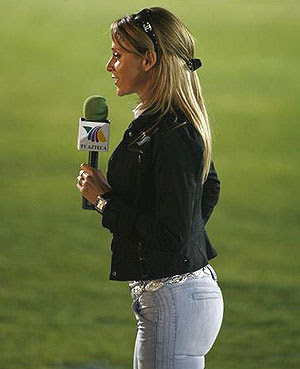 According to reports, New York Jets owner woody Johnson publicly apologized to Ines Sainz for alleged harassment: The female television reporter of Mexico’s TV Azteca was supposedly taunted by “I called here the minute I found out about it, and I finally spoke to her later on in the day,” Johnson said. “We take this very, very seriously, as you can imagine. We want all of our reporters, female or male, to be comfortable whenever they are, on the sideline, in the locker room or at a game. We have to make the working environment professional representing the New York Jets as well.” When asked to further discuss the details of the issue Johnson stated “Right now, we’re working with the league and we’re doing all the fact finding, checking the facts, doing the interviews…But after we get them all, I’ll let you know.”

Ines Sainz said that she had received the apology in a telephone call from Johnson. But she replied, “I don’t want to make it a bigger deal”, “I have confidence in the NFL and the Jets’ management and I know that this will serve as a precedent so that this does not happen to another women.” Sainz said waiting in the locker room to interview quarterback Mark Sanchez may have been the most uncomfortable. She tweeted in Spanish on Saturday night that she tried “not to look anywhere!!” Sainz said, “It was an uncomfortable moment because you are in the team’s dressing room and they are obviously changing clothes, showering — doing what they do every day in the locker room”. “So being a woman, obviously it was a bit uncomfortable.”

The team also said it would work with the league to gather facts and “take any appropriate steps necessary to maintain a respectful environment for the media“. The AWSM said in a statement Sunday night that both the NFL and the Jets were “responsive to our concerns” and that it would continue to monitor the situation. “We are awaiting the results of the investigation,” the statement read, “and further action from the NFL and Jets.”