You are here: Home / Sports & Games / Nicole Bobek gets probation

Nicole Bobek is a skating champ who gets probation today for the five years because of her role in a Hudson County methamphetamine ring. Bobek is 32 years old who lives in Jupiter, Fl., was among 28 people accused last year of running a network distributing $10,000 worth of methamphetamine per week.

She said, “I am putting my life back together and working on my high school diploma.”

After her sentencing this morning in the hallway of the Hudson County Administration Building she also said, “It’s a lot of emotions. I think positive things can come of this. It’s been a long year and I’m doing everything I can to get back on that ice.“

In 1995, the U.S. title won by the blond beauty and in the same year she also got the third position in the World Championships, but she finished a disappointing 17th in the 1998 Winter Olympics at Nagano, Japan.

She pleaded in June to arranging to distribute crystal methamphetamine to the alleged leader of the group, Edward Cruz Jr., and actually did sell him an eighth of an ounce of the destructive drug.

In New York City, Cruz picked up the drugs where Bobek had an apartment, and brought them back to New Jersey for distribution in Hudson and Essex counties.

She was also ordered to serve 250 hours of community service and pay a $2,500 fine, plus additional court expenses.

DeLuca said, “Bobek won the U.S. figure skating title in 1995. But her disappointing 17th-place finish at the 1998 Winter Olympics took a psychological toll on her, according to her lawyer, Sam DeLuca. Bobek had been skating since age 3, forgoing high school and even home schooling for the rigorous, cloistered world of professional training.” 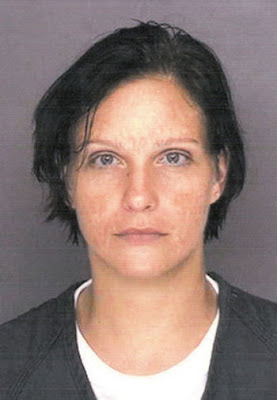 DeLuca also added, “Here is girl whose star was shining … and when the star went out, when the star started fading, she was not prepared. Then, she fell into “a sleazy world” of drug addiction and bad influences.”

In jail, Hudson County Assistant Prosecutor Lisa Ledoux argued for a sentence of a year and also said Bobek was not innocent victim and was not a minor player in the drug ring.
Bobek choked up as she spoke of how sorry she was during sentencing, telling the judge that she was off drugs, holding a job and teaching children at the Special Olympics.

She said, “I believe I can help others. I plan to change my life around and do something with it.”

The letters noted on Bobek’s behalf from former Olympic athletes, including JoJo Starbuck, and even rock ‘n’ roll musicians had been received by the Judge of Superior Court, Kevin Callahan.

Callahan warned, “Bobek was at a dangerous crossroads and that a single parole violation or failed drug test could land her in prison for at least five years.”