Across the United States, Basketball is one of the most watched sports. It has lots of fans throughout the county. The NBA Summer League 2010 has been started at Orlando from 5 July 2010 and you can watch live telecast of next plays due to NBA Summer League 2010 has another awesome event till 9 July in Orlando and in Las Vegas it will be started from 9 July 2010 to 18 July 2010. Most games are to be played in Las Vegas, Nevada. They will play in the COX Pavilion and Thomas & Mack arenas. 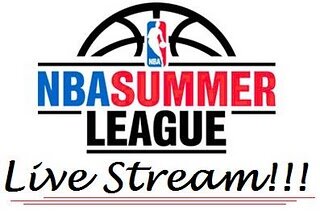 The first features game will be with Orlando and Las Vegas. The absence of some popular player like Lebron Jamesdue to the free agency period is ongoing. First match of the first part was a sensational match between Utah Jazz and Charlotte Bobcats. Fla. Utah Jazz lost this match only with the difference of one shot. Both the teams tried their best to take lead and it was very difficult to predict the victory of any team during the game. During the final seconds of this first match of NBA Summer League 2010, Charlotte Bobcats grab the victory and stood at the victory stand with a final score 85 – 83 2 points ahead of the last second with a three-points made by Bobcats to assure the win.

The match between Indiana Pacers and Orlando Magic with final score of 86-77. First game was an absolute exciting game and the audience and viewers have enjoyed it very much. Another game of the tournament is being played between Oklahoma City Thunder and Boston Celtics in which Celtics was leading with 47 – 32 after the end of first half.