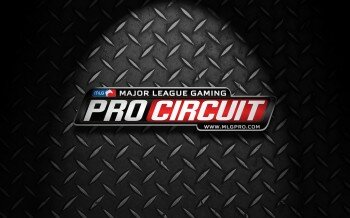 Sundance DiGiovanni and Mike Sepso started Major League Gaming in 2002. Headquarter of MLG is located in New York City, New York. Throughout the United States and Canada, MLG has held official video game tournaments. The competitions of league gaming have been broadcast on national television, ESPN.com, and other broadband websites. MLG’s series of live competitive gaming events is staged in over 16 major cities in North America and drawing thousands of Pro and amateur players, video game fans, and league enthusiasts.

The competition of Raleigh is the third in a tough five city US Pro Circuit tour that will pit dreadful pro players against each other with passionate and aspiring amateur players to conclude in a national championship event in Dallas this November. A record number of attendees are estimated for the August event at the Raleigh Marriott City Center that includes additional competitive game titles, more exciting live broadcast programming and an impressive prize pool.

“MLG’s live Pro and Combine events celebrate the sheer talent of Pro players and identify and encourage the next generation of Pros, said Sundance DiGiovanni, co-founder and CEO of Major League Gaming. Sundance DiGiovanni also said, “We look forward to celebrating MLG’s community achievements at our milestone event in Raleigh and uncovering even more talented competitors in North Carolina”.

There are more than 200 teams and single player competitors taken part in the three-day tournament in Raleigh that includes an improved and diverse game lineup for 2010. Its featured games include Halo 3, now in its third Season on the Pro Circuit, and Tekken 6™, the fast-paced fighting game that demands immense technical skill. World of Warcraft also makes a return to the circuit with 16 of the top rated international 3v3 Arena teams fighting it out for supremacy as well as Super Smash Bros.® Brawl for the Wii™, which regularly draws an energetic and passionately devoted ‘Smasher’ fan base to the MLG Pro Circuit.

Raleigh spectators can see world-class competitive gaming up close, act together with fan favorites during “Play-a-Pro” matches, put their own skills to the test in exhibition matches, participate in merchandise giveaways and be in the audience for MLG Pro.com’s daily stage broadcasts throughout the weekend.

For all competitors, the most competitive Pro Circuit Events are open. In the events, there are five Pro Circuit Stops in culminating the National Championships. More than $700,000 prizes in season. There are so many amateurs take their turns at dethroning the reigning MLG champs and becoming pro players.

The best gamers of the biggest Pro Circuit Competition in MLG will be competing for thousands of dollars in prizes and spectators can be there to view it all live, cheering on your favorite players and teams as they attempt to become MLG Champions.

All weekend, the scores, updates, breaking news, extensive features and in-depth interviews can be available at MLGPro.com.

At MLG Raleigh, on the first day of StarCraft 2 a crowd continued to grow around the huge projector screen outside the SC2 section as the top-tier MLG invitees put their SC2 skills on display. Through the Winners Bracket was not without a few bumps for the vets, as some open-registration players threatened to shake up the brackets with first-round upsets. There were 32 players of SC2 invited to compete in Raleigh by MLG, only one fell in the first round. Machine was beaten by EG teammate InControl 2-0. Terran star Silver (of Complexity) narrowly avoided an upset in the first round against ItsParamedico’s early Void Ray pressure, but was able to edge the series 2-1.

MLG Raleigh Halo 3 Open Bracket’s Winners Bracket has finished and eight teams have secured their respective spots in the Championship Bracket. The top four unbeatable teams will face the 13th- through 16th-seeded Pro teams. This fact means spectators will see the match-ups including UoR SyA will take on Relentless, Gimme My Money will try to take Reign of Chaos’s money, Legacy will go face-to-face with a powerful Dynasty squad, and, finally, Combine FFA Champ, Amish Acorns, and Livin’ the Dream will take on the European sensations, Power.

On the first day of the Major League Gaming’s Pro Circuit, there are 150 entrants coming to Raleigh to participating in the Super Smash Brothers Brawl portion of the weekend. While there were not as many upsets as at previous MLG Events, the excitement was hardly lacking, as there were numerous close matches and tense moments.

At Winners Round 2 one pro took out as 9th-seeded Tearbear and was sent packing straight to Losers Bracket by Bloodcross. When upsets occur, they involve extremely close matches, but that was not the case here. Bloodcross, a Falco main, made quick work of Tearbear’s Meta Knight with back-to-back two stock victories, including a win on Rainbow Cruise where Meta Knight typically excels. Bloodcross is from New England, credited his impressive performance simply to calm nerves. The Falco main then went on to defeat Punishment Divine in Winner’s Bracket Round 3, and is looking good heading into Day 2.

Numerous Tekken 6 players came into Raleigh. At this Event, there is no Korean representation but the field of competitors is still the largest of any MLG Pro Circuit Competition thus far. Several top players are certainly feeling that this will be their chance to take the home the Championship, but with a field this large, anything can take place. Excluding the fact that people usually play more comfortably in familiar settings, when players know that the spotlight is on their turf, they often rise to the occasion.