New York Jets quarterback Mark Sanchez is buzzed around online for dating with 17 year old Greenwich high school girl named Eliza Kruger. It is also found that Mark Sanchez has sexual relationship with her. The story was spotted after revealing messages of Eliza Kruger on her Facebook and Twitter sites about her relation with Mark Sanchez. 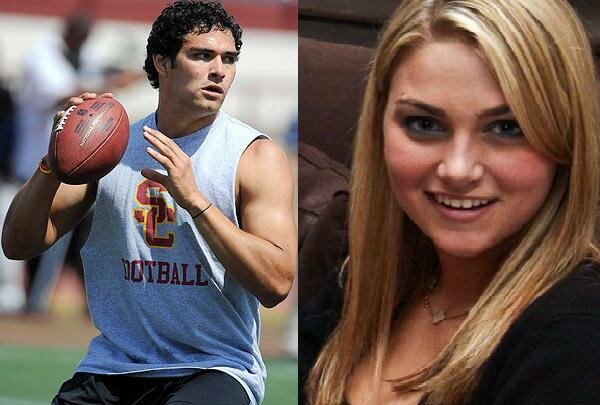 Actually, the 17 year old Greenwich girl, Eliza Kruger is the daughter of Connecticut hedge funder Konrad “Chip” Kruger that was confirmed from her Facebook page. She claims that first time she met Sanchez at a NYC nightclub Lavo upon New Year’s Eve.

The New York Post identified the girl as Eliza Kruger of Greenwich while Deadspin website identified her only as E.K. Eliza Kruger has shared story about her romance with 24-year-old football hunk Mark Sanchez. She also mailed her photographs of the Jets quarterback’s home as a proof of her story.

The Deadspin also posted the Eliza’s mailed photos on their website that shows a room with a mussed-up bed, football helmets in which one is of Jets and one from Sanchez’s alma mater of Southern Cal and the photos collection in a frame titled as “I love you Tio Mark.”

The officials of New York Jets declined to say anything about their quarterback’s personal life.

As per the described story of Kruger at the Deadspin, Kruger told that Sanchez is really a nice guy and a genuine person. Eliza and Sanchez got in touch with each other and Mark also gave tickets to her for New York Jets Vs Buffalo Bills regular-season finale. After that week, both also went on a date. When asked her for romantic relations, she agreed for that and they returned to his place in New Jersey after dinner in stormy nights.