You are here: Home / Sports & Games / Manchester United Vs MLS All Star – Must see Highlight Videos

Manchester United Vs MLS All Star – Must see Highlight Videos

Federico Macheda has two early goals, the Mexican star Javier Hernandez, nicknamed “Chicharito” scored in his debut for the Red Devils, and Manchester United managed to beat the MLS All-Stars 5-2 on Wednesday night in the final game exhibition tour in North America. 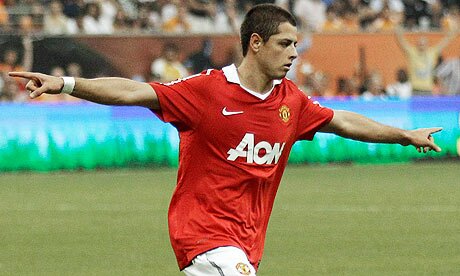 The Manchester united vs. MLS all star game was one of the most awaited matches of the Major League Soccer. The match was played in the Houston stadium; the stadium has the crowd capacity of almost seventy thousand.

As soon as the match started, Federico Macheda made his first goal in the first 24 seconds. At 13th minute, Federico Macheda has scored his second goal. In the second half, Manchester United players, Darron Gibson, Tom Cleverley and Hernandez have scored single goal each.

Macheda was the man of the match as he scored two goals for the Manchester United in the first 13 minutes.

In case you missed it, here is my earlier preview of tonight’s game. In what is an exhibition where nothing hinges on the outcome, All-Star coach Bruce Arena will try to manage minutes and keep his side healthy, while Sir Alex Ferguson has a chance to scout his youngsters and decide who is ready to step up and contribute this season.

The match belonged to the EPL giants. Manchester finished second last season behind Chelsea. The English Premiere League is considered the best football league in the world. With Chelsea and Man U, Arsenal, Liverpool, Tottenhum and Manchester City are the strong contenders for the title this season. The 2010-11 season is starting next month from August 14th, 2010.