You are here: Home / Sports & Games / Lance Armstrong crashed while racing in the Tour of California

Lance Armstrong crashed while racing in the Tour of California

Lance Edward Armstrong  is an American professional road racing cyclist who is best known for winning the Tour de France a record seven consecutive times, after having survived testicular cancer.

He is also the founder and chairman of the Lance Armstrong Foundation for cancer research and support. He currently rides for UCI ProTour team Team RadioShack.

Later on, the cyclist crashed while racing in the Tour of California. A spokesman told the AP that Armstrong received stitches near an elbow and an eye and was sent to the hospital for X-rays.

Armstrong tells the Associated Press he’s relieved that nothing’s broken, and he will take a few days to recover. Team spokesman Philippe Maertens said Armstrong got stitches in his left elbow and under his left eye. 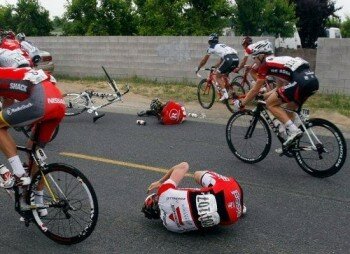 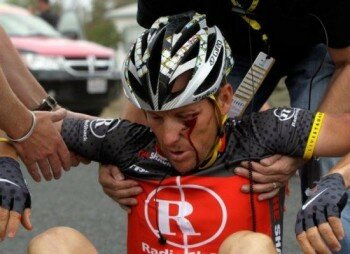 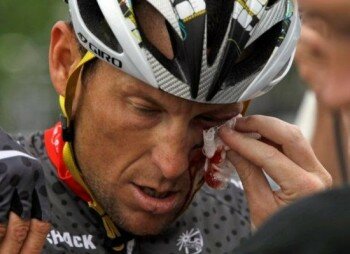