FIFA World Cup 2014 has been already started, and the hot babies which are in lots of buzz on internet include Andressa Urach, Marlen Doll & Vanessa Huppenkothen.

Many predictions have come up from the millions of worthy fans of FIFA as the world cup started on June 12, regarding the winning team, players’ performance, etc. Moreover, all eyes are not only on football players, but also on other things like their beautiful wives and girlfriends, or as the internet call them, WAGs, hot topics or news related to ongoing world cup, etc. Some of the most die hard fans of world cup are also ready to do very strange things if their favorite player or team win the game like design tattoo on body related to winner, go topless for World Cup, or else. Now let’s see the hottest babies on trend of the 2014 FIFA World Cup.

A former contestant in Brazil’s Miss BumBum pageant, Andressa Urach (age 26) is a Brazilian fashion model, businesswoman and reality television personality. She is popular for being a contestant on the 6th season of the Brazilian version of reality series The Farm, which aired on Rede Record. She got fame in Europe after claiming that she slept with soccer star Cristiano Ronaldo, after exchanging spicy text messages in April 2013. On the other hand, Ronaldo, who is dating Russian model Irina Shayk, angrily denied this in many tweets. These days Urach has been scorching the Internet ever since she showed up to greet Portugal’s World Cup team and Cristiano Ronaldo wearing nothing but green and red sexy body paint jersey onto her naked skin, and was holding a sign that read, “Kisses C. Ronaldo”. Her goal was to grab the attention of Ronaldo as the ailing star gets ready for Sunday’s match against the US.

Urach describes herself on her Twitter page as the host of the Muito Show and a Miss BumBum runner-up. She wrote on her social media accounts after the incident – “I came to give good luck to C7 (Ronaldo) and was removed from the pitch and they took away my press credentials”. Further she added: Where is the freedom of expression? 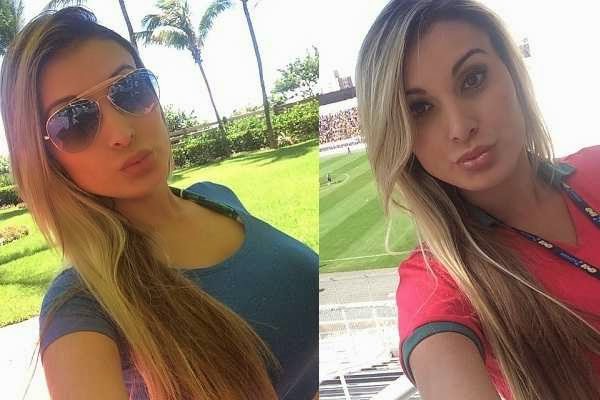 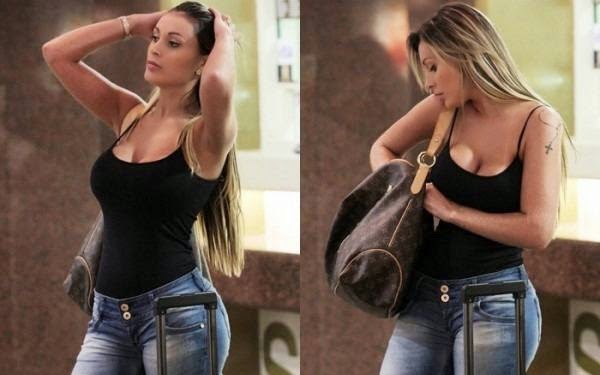 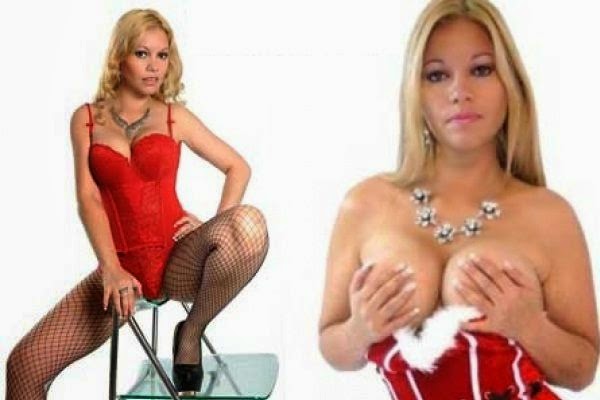 Besides wives and girlfriends of soccer players grabbing attention, another woman stealing the limelight in FIFA World Cup 2014 is Vanessa Huppenkothen. The 29-year-old Vanessa Huppenkothen is the hottest reporter of this year’s World Cup, making numerous headlines for her good appearance. She’s become a hot topic on Twitter and other social media platforms, thanks to her appearance during El Tri’s match with Brazil. A reporter from Mexican TV station Televisa, Vanessa is the latest wonderful Mexican football presenter to grab the attention after limelight had been given to Ines Sainz and Mariana Gonzalez. Unfortunately, we didn’t get Vanessa for the Mexico-Brazil match; however Instagram does exist so see why she’s turning heads. 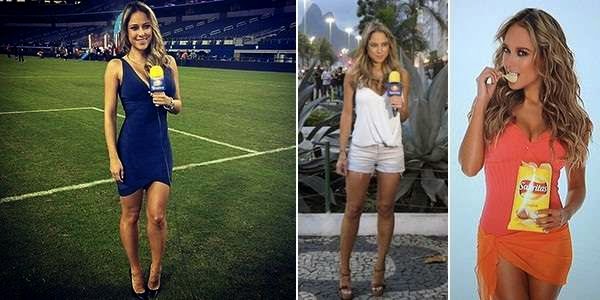 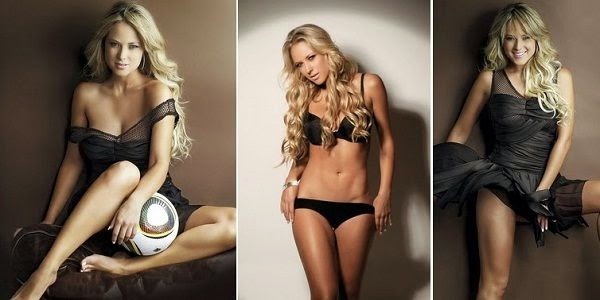