An American country singer, Faith Hill one more time invited for the Pigskins Pick ‘Em contest for the prediction of NFL Winners during the Fan Contest. On Thursday, the major professional American football league, NFL 2010-2011 has started at the Louisiana Superdome. Faith Hill sang a NFL Sunday Night Football opening theme song “Waiting All Day for Sunday Night” and summoned her fans for taking part in a contest and getting opportunity to win some special prizes. 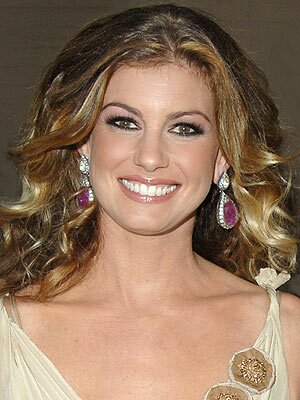 Faith Hill has handled to cross others predictions last year. Last year, she went 171-86 and also beat the pro forecasters at the Tennessean and won. Every Thursday, Hill’s picks and the actual sports staff will perform.

The sports editor of Tennessean, Larry Taft said, “We wanted to invite Faith back because she did so well last year. And since most of our writers weren’t able to out-pick her, we thought we’d give readers a chance.”

Pigskin Pick ‘Em is online contest where you can able to be host for your own pick ’em football pools and leagues. Any NFL Fans are able to enter in the paper’s new Pigskins Pick ‘Em contest at its website at Tennessean.com/TitansContest. This year, the game is listed later. The fan he prizes will be provided to winners with the best pick record in the first 12 weeks this season. Weekly picks must be created by Thursday, 5:00 p.m. to be eligible.

A lucky fan can win a VIP Fan Experience at the Dec. 19 Houston Texans vs. Tennessee Titans game. Then the twelve weekly winners will play each other for the grand prize. Sheryl Crow, Steve Earle, Faith Hill, Alan Jackson, and Kid Rock are selected for the Fan Contest.

Hill said, “No doubt in my mind that Tennessee’s football fans will be tougher than the experts. Bring it on and go Titans!”

The weekly winner will win the Titans jersey and a hardbound Titans coffee-table book. And one grand-prize winner will be awarded with 4 club seat tickets to the December 19 game, on-field visit prior to the game, visit to the press box with Tennessean writers, and food and beverage at the game.

Faith will also be marked singing ‘Waiting All Day for Sunday Night’ for the fourth following year during the opening of each broadcast of NBC’s Sunday Night Football which starts with the September 12 game when the Washington Redskins host the Dallas Cowboys.

The Los Angeles Times stated that there is also a brand-new video for the broadcast showing Faith and more than a dozen NFL players.

Faith says that in the Faith’s her family, she is not the only football lover but her husband Tim McGraw is a very big fan. He also showed in two football-themed films, ‘Friday Night Lights,’ and ‘The Blind Side,” and was a co-owner of the Nashville Kats, a Nashville’s former Arena football team.