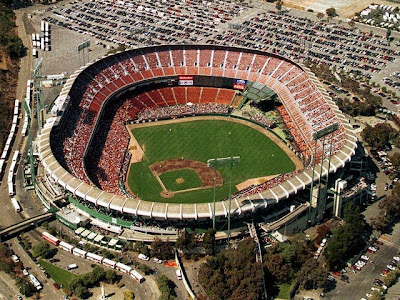 Real Madrid and Mexico’s Club America had played the first San Francisco 49ers match at San Francisco’s Candlestick Park on Wednesday 4th August 2010. Many of the 47,338 fans came to see Los Merengues and their many stars, including Cristiano Ronaldo, Kaká and Spain’s World Cup champions Iker Casillas, Xabi Alonso and Sergio Ramos at Candlestick Park on Wednesday night. Rather than take part in the exhibition against Club America, the others stayed in Los Angeles to train.

Mexico’s Club America has played in San Francisco many times, but it was the first time Real Madrid’s soccer powerhouse was appearing in the Bay Area for the first time since the mid-1980s. Real Madrid is known as the world’s top soccer club with 10 players participating in this year’s World Cup.

Watch All Goals & Highlights of Club America Vs Real Madrid Video from Youtube: