On 14th July, 2010, the 18th annual ESPY Awards ceremony took place at the Nokia Theatre in Los Angeles and telecasted on ESPN live. American cable television network ESPN created the Award event and was celebrated every year to give honor to the excellent performance in sports during the calendar year. 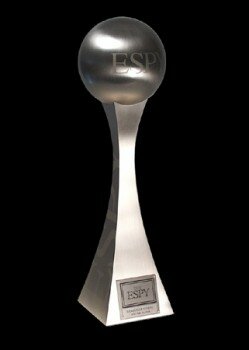 Seth Meyers, SNL’s Weekend Update anchor, hosted the ESPY Awards 2010 ceremony which celebrates the best sports stories of the year. The 2010 ESPYs included the year’s best plays, biggest upsets and the most outstanding performances across all. It celebrated all the best teams and sports men and women of the year. Last night every imaginable athlete attended the famed awards ceremony.

Lindsey Vonn won the Best Female Athlete and Albert Pujols picked up the award for the Best MLB Player. American soccer player Landon Donovan was recognized for his outstanding goals that he scored during the recent Soccer World Cup. The Sandra Bullock starrer, The Blind side was declared as the best sports movie of the year. 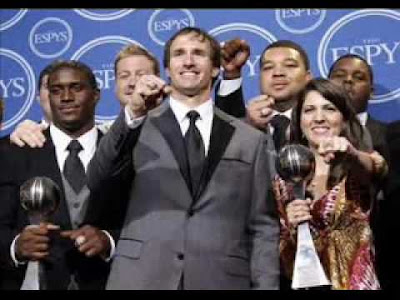 Roger Federer was declared the Best Male Tennis Player while Serena Williams won the Best Female Tennis Player. New Orleans Saints had the honor of being the best team. Drew Brees of the New Orleans was announced as the best player of the National Football League as well as the best male athlete of the year and was also given the best championship performance award. The Isner vs Mahut Wimbledon match was declared as the best record-breaking performance. Bret Favre was given the award for best play.

Taurasi is also nominated in the “Best Female Athlete” category this year. She has won ESPYs in previous years: for Best Female College Athlete (2003, 2004) and Best Female Athlete in 2004. Jackson was recently named WNBA Western Conference player for the month of May and has garnered 16 Player of the Week awards in the WNBA; the most ever. She started off this WNBA season by leading her team in scoring and rebounding for five straight games. Jackson won a silver medal with the Australian team at the Beijing Olympics in 2008.