Yamini Roy Chowdhury and Varun Gandhi are going to be engaged in December and the marriage is expected to take place during the first half of 2011. Yamini Roy Chowdhury is a Bengali girl. She is basically from Shanti Niketan, West Bengal. She completed her Graduation from St. Stephen’s College, Delhi. She has also done a Fashion Design Course from University of France. Presently, she is living in Delhi and in touch with Varun Gandhi from last five years. Varun Gandhi is an Indian politician and son of the late Sanjay Gandhi and Maneka Gandhi will marry Yamini Roy, a Bengali girl. 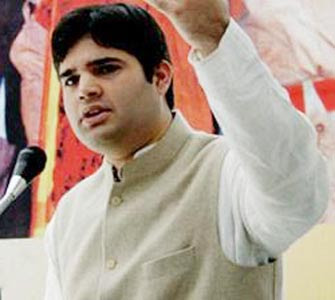 At present, he is MP of Pilibhit Lok Sabha constituency and BJP national secretary. He is a 30 years old bachelor. In press conference, her mother Maneka Gandhi said, “Varun will get married with Yamini, who hails from Bengal, in 2010 itself. All members of the Gandhi family including Sonia Gandhi and Rahul will be invited to attend the marriage function.”

His mother, Maneka Gandhi is a MP from Aonla constituency, and also an internationally recognized animal rights activist and environmentalist. Indira Gandhi is a grandmother of Varun, is the ex-Prime Minister of India. In a plane crash, his father died while he was only three months old and his grandmother was assassinated when Varun was only four. Through University of London External System, he did his BSc in Economics in the year 2002. In the year 2004, he also had done his MSc in public policy from the School of Oriental and African Studies, University of London through correspondence. From the Pilibhit constituency he got BJP ticket in the 2009 general elections.

He defeated his nearest contending candidate, V.M. Singh by receiving 419,539 votes. The margin between him and V.M. Singh was of 281,501 votes. To beat cousin, Varun Gandhi is suspended and fellow MP Rahul Gandhi to the altar, and will be the first descendant of Jawaharlal Nehru to marry a Bengali. It will also be the first time since Jawaharlal married Kamala Kaul 94 years ago that a Nehru-Gandhi wedded a Brahmin.

In the politics of the heartland for Varun, the issue of bride Yamini Roy’s caste is insignificant but is laden with symbolism wherever the groom-to-be is the BJP Member of Parliament from Pilibhit, Uttar Pradesh.

The Delhi-based Yamini, who is in her mid-20s, is the daughter of Aruna Vasudev, the founder-president of the Network for the Promotion of Asian Cinema. Yamini has her own graphic designing studio, Incarnation, in Delhi. Yamini whose family surname is Roy Chowdhury though she uses only Roy. At Sorbonne University in Paris, she had trained in the fine arts and graphics after graduating in philosophy from St Stephen’s College, Delhi.

The couple are said to share an interest in the fine arts, literature and films. Varun’s mother Maneka Gandhi is very happy because Yamini is a vegetarian. Maneka is the BJP Member of Parliament from Aonla, is an animal rights activist and a staunch promoter of vegetarianism.