The UN security council has called for an impartial investigation into the Israeli attack against a flotilla carrying aid supplies to Gaza strip and the immediate release of all civilians. After more than 12 hours, the debate lasted and Security Council members condemned, “the Israeli attack and urged Israel to end its blockade on the Gaza Strip,” and “those acts which resulted in the loss of at least 10 civilians and many wounded.” According to the statement, “The Security Council took note of the statement of the UN Secretary General on the need to have a full investigation into the matter and it calls for a prompt, impartial, credible and transparent investigation conforming to international standards”. The Security Council requested the immediate release of all ships and civilians, which are held by Israel. 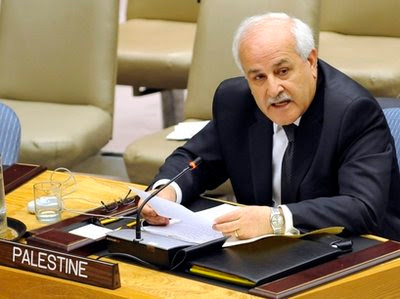 “The council reiterated its grave concern over the humanitarian situation in Gaza, which it said was not sustainable,” according to the statement, which was the result of a compromise between Turkey and the US, Mexican Ambassador Claude Heller. The statement came as Israel expelled 48 activists seized on the six ships but said it would continue to detain 487 others. A person did not revealed his name but identified as American, told reporters as he was being led away the he was “not violent”. He said, “What I can tell you is that there are bruises all over my body,” and “They won’t let me show them to you.”

“The storming of the aid flotilla had not been a success,” said by Ron Prosor, Israel’s Ambassador to Britain. “Israel was in a “war situation” with terrorists in Gaza and had been trying to protect itself,” told by him in the Radio 4 Today program. He said, “It’s fair to say that this operation wasn’t very successful and the loss of life was tragic and I’m not just saying that.” “But let’s not mix that with the fact that the people on board the ships behaved appallingly.” He added “nothing happened on five of the six ships. But people on the sixth ship had confronted soldiers with “knives with huge blades”, iron bars and metal pipes.” He said, “They had been warned “repeatedly” to stop the ship before troops boarded but “it was clear what their intent was.”

For the deadly raid, the international community has strongly condemned Israel. “There had been “immediate international rage” following the “unnecessary loss of life,” said by Sir Jeremy Greenstock, the former British ambassador to the UN. “Israel had to make sure weapons were not getting into Gaza, so some kind of defense is necessary but this was clearly not very well handled,” said by him on the BBC Radio 4 Today program. “It’s past time by some years for serious international action to end the blockade and the virtual starvation of Gaza,” added by Sir Jeremy.

Israel has claimed that after being set upon by activists wielding iron bars, the troops of Israel only opened fire but the Free Gaza Movement organized the convoy, and the Turkish group IHH, which made up most of the activists on board, said the shooting was unprovoked. An exact number of death is still unclear but the Israeli authorities are saying nine were killed, while according to the activist groups, 19 were unaccounted for. Most were believed to be Turkish. Turkey led calls for an independent inquiry and a lifting of the Israeli blockade on Gaza. “The raid was an attack on unarmed civilians in international waters and a “war crime,”” said by the Palestinian representative, Riyad Mansour.