President-elect Benigno “Noynoy” Aquino III Inauguration Speech words and video is given below. If you have missed it then here you can read little text. 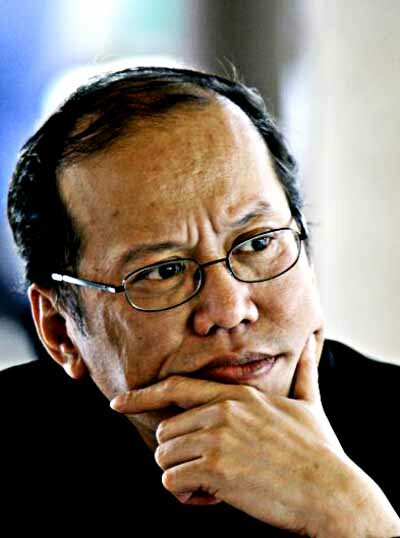 On 30th June 30, 2010, President-elect Benigno “Noynoy” Aquino III is set to hold his inauguration rites at the Quirino Grandstand as well as a victory party is set to be held at the Quezon City Memorial Circle for all his supporter and allies.
The president of the Republic of the Philippines is sworn in, at exactly 11:52 today. Son of former Senator Benigno “Ninoy” Aquino, Benigno Simeon Aquino III and former president Corazon Cojuangco Aquino, was sworn in by Associate Justice Conchita Carpio-Morales, assisted by a Jesuit priest, Fr. Catalino Arevalo, a close family friend of the Aquinos. Arevalo held the bible as Aquino swears himself in before a throng of half a million Filipinos.

The mood was celebratory and the event started with nary a hitch in spite of the occasional drizzle. People from all walks of life started arriving in droves before a full three hours the ceremonies at noon.

Noynoy started his speech with a recollection of the events which catapulted him to the presidency. He started with acknowledging the sacrifices to the nation of his forebears. He talked about how his parents sacrificed their lives for the people, and of how his parents raised him to be a responsible citizen. 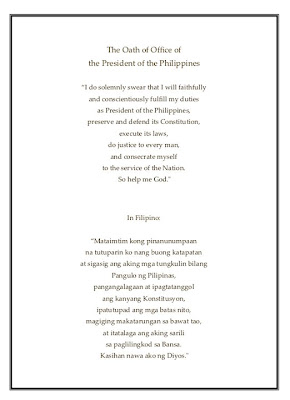