Prime Minister of Nepal Madhav Kumar resigned from the post after 13 months due to the Pressure from Maoist. On Wednesday, he announced his resignation in a TV address to the nation to seek an end to the political impasse as he succumbed to intense pressure from the opposition Maoists to make way for a “consensus” national government. 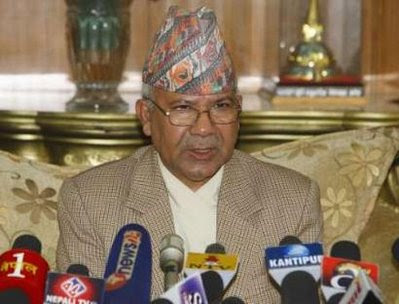 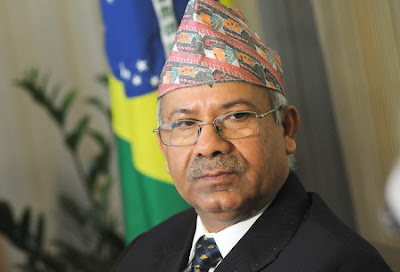 Prime Minister Madhav Kumar Nepal resigned everlastingly political deadlock and hold up a peace process that ended 10 years of communist revolution, which killed an estimated 13,000 people in the Himalayan nation.

The veteran communist leader said, “I am resigning from today in the hope that it will pave the way for a political resolution and consensus that will complete the peace process and the new constitution.”

Since 2008, the coalition government of Nepal is in the second place, when the country became a republic. It succeeded the first Maoist government that lasted in power for only nine months. Similar to the Maoist prime minister Pushpa Kamal Dahal Prachanda, who resigned in May 2009 blaming Nepal’s communist party and its allies for the debacle, Nepal too devoted his address to attacking the former guerrillas, holding their “politics of restriction” and “continuous noncooperation” responsible for the failures of his government.

“I had frequently urged the political parties including the Maoists to find an appropriate way out of the present deadlock and forge a consensus. But no agreement has been reached so far,” Nepal said. “As it would be inappropriate to further prolong the situation of confusion and indecision, I decided to resign from the post of prime minister to help accomplish the tasks of constitution drafting and the peace process.”

The announcement welcomed by the Maoists

“The prime minister should have resigned a lot earlier. However, we welcome the resignation,” Maoist spokesman Dinanath Sharma said, adding the party has called a meeting of its top leaders on Thursday to decide its next move.

The prime minister took over the post in May 2009 after the previous government led by the Maoists resigned following differences with the president over the firing of the army chief.

The prime minister had the support of 22 political parties in parliament and more than half of the 601 members in the assembly. However the Maoists, who have the largest number of seats in the assembly, refused to support his government and instead staged protests demanding the disbanding of the government.

In May, the Maoists called a general strike which shut down the nation for more than a week. The protests also delayed the writing of a new constitution, which was supposed to be completed by May 2010. The deadline was extended by a year.

It is not clear who will succeed the prime minister, but the main political parties are likely to hold negotiations to form a government that includes most parties in parliament.

The Maoists ended their decade-old rebellion in 2006 and joined a peace process. Since then they have confined their fighters to U.N.-monitored camps and joined mainstream politics.